This must have been terrifying! Justin Bieber’s bonehead bodyguard kicking this Ausse pap’s car after ordering him to stop following the singer – on a public street! Then the big lug slashed the photog’s tires!

The bottom line is, no matter what the photographer was doing, and in this case he was simply following the Bieber entourage trying to get snaps, in no way should a bodyguard be allow to ball this hard. 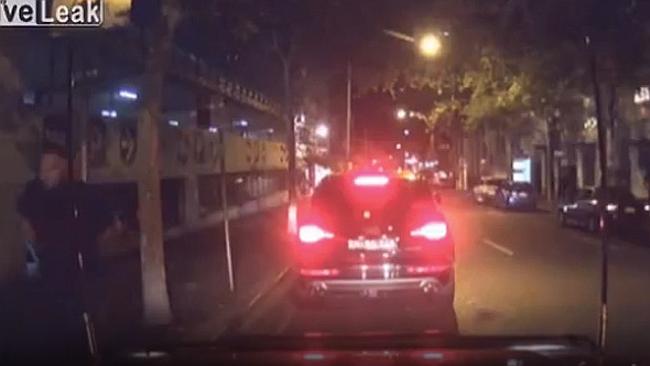 One of Justin Bieber’s bodyguards has been caught on camera knifing a paparazzo‘s tyres in an enraged attack in Sydney overnight according to local news reports in Australia.

The cameraman filmed the incident after Bieber’s convoy pulled over in a bid to stop the him from following the 19-year-old singer. 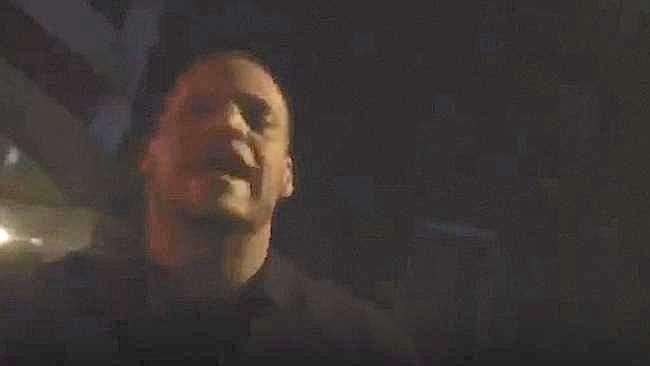 In the footage, the guard approaches the man’s car and kicks the car door several times, before using a knife to slash the vehicle’s tires.

The angry bodyguard then tries to rip a bike off the back of the car. “You’re on camera buddy, it’s on camera,” the man says, as he continues to film from the driver’s seat.

“You’ll turn this into a good story” says one of pair in the car.

The idiot, currently on tour in Australia, spent the night partying at John Ibrahim’s Kings Cross nightclub, The Back Room.

This latest controversy comes just two days after the pop star was criticised by Gold Coast Mayor Tom Tate and Attorney-General Jarrod Bleijie for graffitiing a hotel wall without permission.

The mayor had one of the council’s graffiti clean-up kits delivered to the teen’s room with the instructions, “clean up your own mess”.

This bodyguard should face charges! Bieber can’t be allowed to import his team of thugs when he goes to tour in another country!