Justin Bieber is not only having a radio airplay crisis garnering “zero plays” for his last half dozen releases, the “Baby” singer is also having a serious ticket sales crisis! What was once the hottest ticket around is now the slowest moving ticket in town.. Or in this case, an entire country..

It is so bad, “You almost can’t give a JB ticket away,” says news.com.au.

Tickets on eBay for the teen superstar, who will kick off his eight-show Aussie tour next Tuesday are selling for almost half the price, with many failing to secure any bids at all.

It seems the 19-year-old singer’s stocks as the world’s most adored heart-throb are falling after a succession of controversial headlines and incidents in recent weeks.

The tidal wave of bad press in recent months hasn’t done him any favours with news of hotel romps with stars, visits to brothels and strip clubs and a growing penchant for risqué behaviour dominating the headlines.

Beliebers are tiring of his antics if his ticket prices are anything to go by. 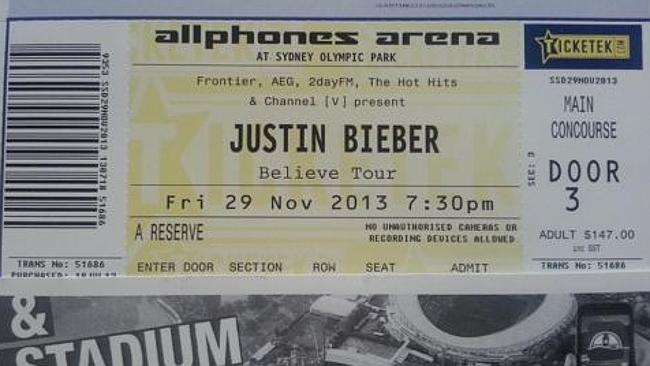 The smaller they are the harder they fall! Justin Bieber will kick off his eight concert Australian tour on Tuesday.