Afrophobia is Alive and Kicking in China 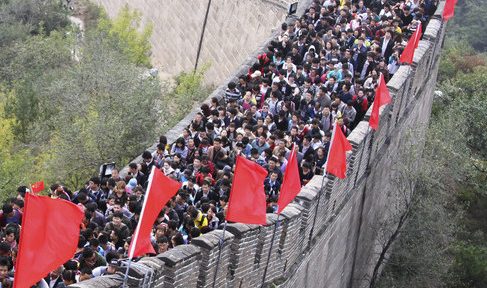 This video has surfaced again as the Olympics went underway with academics and media personnel quickly opening discussions about how prejudices are still running rampant in the country. Clearly, China has not progressed as a nation and they fail to understand the importance of cultural diversity. This is especially alarming because of the number of black people living and working on China is on the rise and the racism is growing with it.

Afrophobia is a term used to refer to a range of negative attitudes and feelings towards black people or people of African Descent around the world. Definitions refer to irrational fear, with the implication of antipathy, contempt and aversion. Nicole Bonnah is the Beijing-based founder of the “Black Lives in China” blog and a documentary producer working on a new film about black and African experiences in China. In response to the recent controversy, Nicole wrote an entry for her blog that said the time is now here for the Chinese to accept some responsibility for the “Afro-Phobia” and anti-black racism that is prevalent in contemporary Chinese society today.

This is not the first time China has been call out negatively on a social issue. Earlier this year a city in China opted to create larger “women’s only” parking spaces. They outlined them in all pink and painted the universal women’s symbol in the center. They stated this was a “humane measure” taken for women who had anxiety about parking in a normal size space, these spaces are 50% larger.

Geesh, so China has won GOLD in :

It’s a darn good thing animals can’t speak or who knows what other “isms” we would be dealing with. Get it together China, the rest of the world is watching.