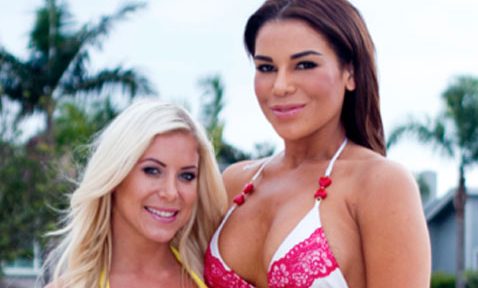 Plastic surgeon Michael Niccole started performing surgery on his adopted daughter Charm when she was just ten years old after turning her bellybutton “outie” into an innie.

Since then, Charm, 25, and Brittani, also 25, have both had boob jobs, nose jobs and both get Botox injections regularly, procedures all performed by their adoptive father. 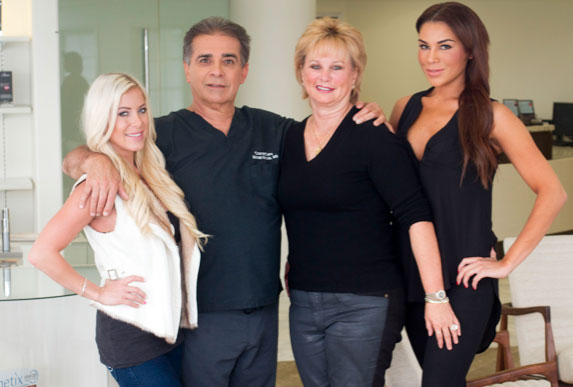 The sisters, who were adopted by Dr. Niccole and his wife Penny as babies, are now walking billboards for their father’s plastic surgery practice.

“Every other month I’ll get something done to my skin,” Charm told Barcroft Media. “I think Botox is important because it prevents you from getting wrinkles. I also get Botox in my armpits, which helps me stop sweating.” 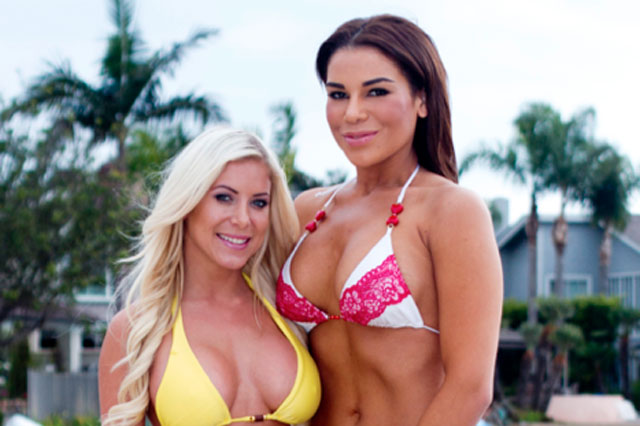 The two women hit the adoption jackpot and practically live at their  dad’s clinic.

“Some people say, “Isn’t it weird that your dad has seen your breasts?” and I say no,” Brittani is quoted as saying. “First of all I’m his daughter and he’s seen me naked when I was a baby, so really who cares?”

Dr. Niccole himself never had such qualms, though he insists he is not the reason his daughters love plastic surgery.

“They have grown up in an environment of beauty,” he told Barcroft. “Our cars are always immaculate, our house is immaculate and all our friends are beautiful.”

Let’s all hope mom is next!