A sophomore from the University of Minnesota Duluth has suffered severe hypothermia and could lose her arms after passing out drunk on a freezing porch in subzero temperatures wearing only a light jacket and no gloves.

Alyssa Jo Lommel, 19, was dropped off near her home after a night of partying, and somehow ended up sleeping on a neighbor’s porch in frigid -17 temps. 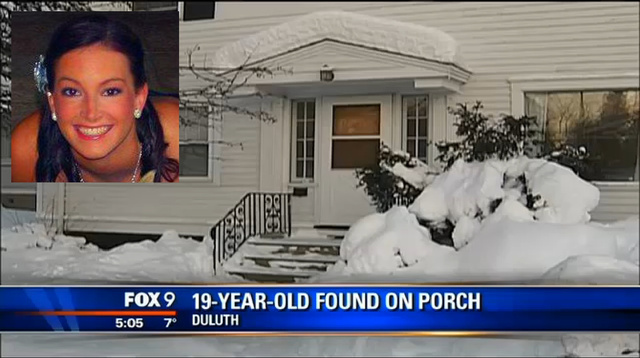 According to a statement by Duluth police, Lommel had been playing a drinking game with friends last Friday night, and in the process may have consumed over ten tequila shots. Overnight temperatures in Duluth dropped to -17, with a wind chill around -36.

A friend reported that Lommel “wasn’t wasted” when he and others dropped her off around midnight. “She could talk. And she wasn’t falling-down drunk,” he said.

As Lommel was not wearing gloves, her hands swelled up to three times their normal size causing the skin to split.

Doctors are attempting to surgically improve Lommel’s blood flow in order to avoid having to amputate any of the affected limbs.

“It’s very much a wait-and-see thing at the moment,” Lommel’s mother Teri told a Gannett reporter. “We are hopeful that her body will heal itself.”