Lakers Bynum apologizes then gets suspended 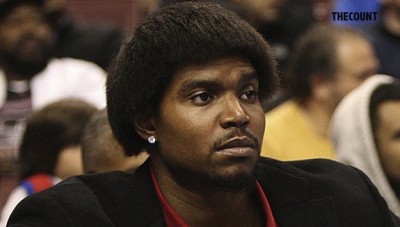 Thanks in part to Lakers center Andrew Bynum, the season’s sad postscript just got longer…five days longer to be exact.

The league suspended the 23-year-old for the first fivegames of the season and fined him $25,000 for his flagrant foul against Dallas guard J.J. Barea. Combined, the fine and suspension will cost him $702,272.

After the game, Bynum blamed his actions on the frustration of the Lakers humiliating 36-point loss on Sunday. However, on Tuesday, he was quick to change his tune. “”My actions … don’t represent me, my upbringing, this franchise or any of the Laker fans out there that want to watch us and want us to succeed,” Bynum said.

The mid-air foul which looked more WWE (google Rey Mysterio matches) than NBA and wasn’t the first involving Bynum. In March, he received a two game suspension for a similar foul on Minnesota’s Michael Beasley.

Follow me as I bring updates on movies, sports and other mammal friendly activities: @lamoviedude