What Ann Curry Will Bring to ‘Today’ 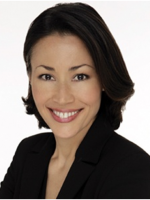 It was recently announced that Ann Curry will replace Meredith Vieira as the co-host of the ‘Today’ show in early June.  The transition, anticipated for months now, is a big break for Curry, who has been with the show since 1997. Meredith joined the ‘Today’ show when Katie Couric left in 2006. After 5 years of co-hosting the show alongside Matt Lauer, Vieira announced that she is leaving the show in order to spend more time with her family.

There is much speculation from the media and fans alike about how this transition will affect the show. Ann’s reporting and interviewing skills are top-notch, yet very different from Vieira’s.  I think that her unique reporting style will bring a new twist to the ‘Today’ show that will be very good for the show in terms of originality and ratings.

Some news anchors have made their careers by their seamless, expressionless delivery of the news. They are praised for their ability to remove themselves from stories, for not letting their feelings get in the way of doing their job.  Ann Curry, on the other hand, is able to give an empathetic approach to the news while maintaining professionalism. An empathetic approach, I believe, is always better when you are reporting on car crashes and natural disasters than a stone-cold delivery that might leave viewers feeling a bit detached.

I am a big fan of Ann Curry’s interviewing style. Whether she is interviewing Brad Pitt, President Obama or a young child, you always get the sense that she is reallylistening. She doesn’t have the outcome of the interview determined before it even begins. She seems to craft her questions based on what she hears and feels from her interviewee. This gives her interviews a very authentic dimension that is refreshing.

#3- A Willingness To Go Wherever, Whenever

Whena disaster occurs, Ann will soon follow. Curry has made her career off reporting from war-torn areas and disaster zones.  Some reporters, when they get to a certain level of fame, feel that they no longer have to report from dangerous areas or spend long periods of time on the road away from their family. Curry, on the other hand, seems to thrive in these types of situations.  She was the first one dispatched to Japan after the earthquake and regularly reports from dangerous locales in the Middle East and Africa. If there is a story there, Ann will be there.

#4- Experience to Back it Up

If anyone has paid their dues to land a major network job, it is Ann Curry. She has been with the ‘Today’ show since 1997 and even stayed with the network after being passed over for a major promotion in 2006 when Katie Couric left the show. She has been a reporter with various news networks in Los Angles, Chicago and New York since graduating from the University of Oregon in 1978. She has been praised for her notable anchoring skills since the beginning of her career and has even won two Emmy Awards.

I am very pleased that Ann Curry is going to be the new co-host of the ‘Today’ show. I like her reporting style and I think that she will bring a new, fresh perspective to the show.