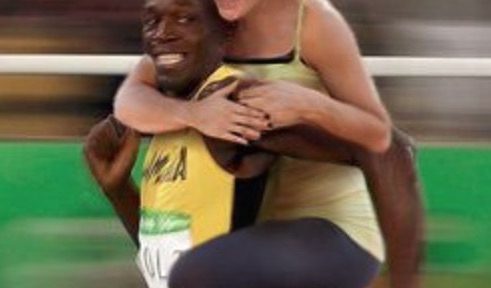 It seems like everyone these days has a feeling or emotion and nobody can say anything. What is going on in our country when an openly gay, female comedian, who champions for the rights of all humanity (including animals) is labeled a “racist” for telling a joke?

Ellen DeGeneres, who should be labeled “Ellen the generous” because she spends ALL her time on her talk show helping others who have fell on hard times, has recently come under fire for a Usain Bolt meme she posted on Twitter. Ellen who is a fan of meme’s and regularly creates and shares them on her show was just trying to be funny, spread some laughs and reiterate what the world already knows………Usain Bolt is fast as hell. But instead of laughs she got backlash and the typical “you’re racist” responses.

Ok so let’s take a quick poll to see if people think Ellen is racist.

Enough with examples, the bottom line here is if the person the tweet was about is not offended or upset……..should anyone else be?

Ellen has always gone above and beyond the call of duty as a celebrity. From giving away cars, reuniting family members, contributing to scholarships and making the world laugh, sing and of course DANCE. The meme looked like Ellen was getting a piggy back ride from the fastest man in the world. We remember those, you know you climb on the back of someone and have fun.

People that were offended referred to it as though Ellen was treating Bolt like a mule or horse and it was interpreted as a slavery gesture. Other offended parties thought it was inexcusable, racist and culturally insensitive.

Not everyone was offended, many black fans came to her defense stating “it was a joke,” – “get over it” and “why are you offended?” Another Twitter user stated “Y’all are so annoying turning EVERYTHING into a racial issue.” “Highly aware of the racism that exists in our country but that’s the furthest thing from who I am.”

I think people need to be reminded of the story of “the boy who cried wolf.” That didn’t end well and when there was actually a wolf no one believed him. I think we may be here with this social issue.

Not everything is racist and we need to save our offense for real racism and try to promote change. If not, the black community, will have no one else to stand in solidarity with them because we will all be deemed racist.