American Idol winner, Phillip Phillips cites being “manipulated” and is seeking to void his recording, management and merchandising deals with 19 Entertainment.

Phillips filed a petition with the California Labor Commissioner that asserts that American Idol producer 19 Entertainment and its affiliated companies have “manipulated” him into accepting jobs. 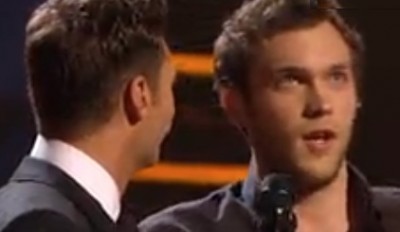 In a filing that reveals some of Phillips’ post-show tribulations including being forced to perform for free for one of Idol sponsors and not even knowing the title of his last album before it was announced publicly, the star singer is seeking to void his various agreements with 19, said by the star’s lawyer to be “oppressive, fatally conflicted.” “I am very grateful for the opportunities provided to me through appearing on American Idol,” says Phillips. “The value that the fans and the show have given to my career is not lost on me. However, I have not felt that I have been free to conduct my career in a way that I am comfortable with.  I look forward to being able to make my own choices about my career and to being able to make great music and play it for my fans.” h/t thr

The petition to determine controversy is grounded on the Talent Agencies Act, the California law that says only licensed talent agents can procure employment for clients.