A Florida woman is charged with animal cruelty after drowning a 2-week-old puppy in a Nebraska airport bathroom toilet over being refused entry to a plane.

Cynthia V. Anderson, 56, of Edgewater, Florida, was denied entry to a flight Friday at the Central Nebraska Regional Airport because her puppy was not properly contained. Steele says she tried to conceal the Doberman in her carry-on bag. 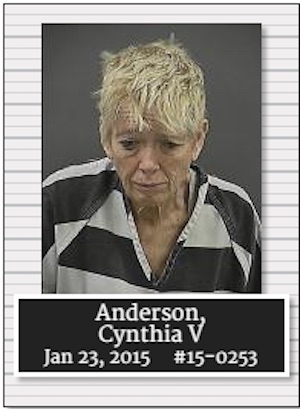 Anderson then was seen entering a bathroom before another woman reported finding a dead Doberman puppy in the toilet. h/t ksn

Steele says the Central Nebraska Humane Society conducted an autopsy. It determined the animal’s cause of death was drowning.