Supernova WILL HAPPEN Within Next 50 Years

FILE UNDER: Supernova Next 50 Years. According to astronomers from Ohio State University, within the next 50 years the chances are 99.999 percent that the Milky Way will host a supernova that will be visible from Earth.

Astronomers using infrared radiation-detecting telescopes will be able to see the demise of a star when it goes supernova. 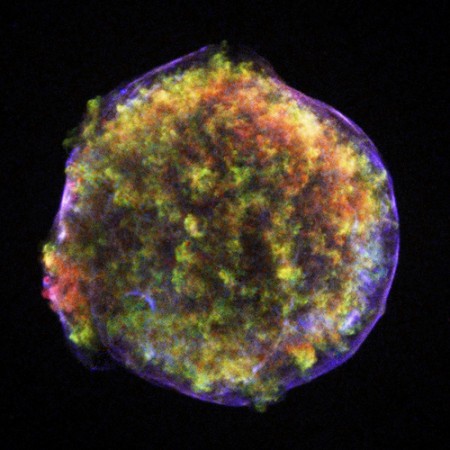 What is a supernova?

When a star dies, and the energy charging it at is core gets depleted, it explodes, and blasts into smithereens. That is the technical definition of what a supernova is. In other words, supernovae result when stars explode in their dying moments.

While scientists know that, according to Ohio State Professor of Astronomy Christopher Kochanek, “stars go  supernova in other galaxies,” he adds “we don’t fully understand how it happens.”

By  being able to use tools we have to detect supernova within our own galaxy, namely, gravitational wave detectors and neutrino detectors, like Japan’s Super-Kamiokande (Super-K) neutrino detector, Kochanek says that we have an excellent chance to “catch the next one in our galaxy and study it.”

The neutrino detector in Japan will be able to measure the neutrinos released when the star within the Milky Way goes supernova. Neutrinos are particles released from a dying star’s core.

While Kochanek and his fellow researchers are practically 100 percent certain that astronomers will get the opportunity to view a supernova within the next 50 years, there’s only around a 20 percent chance that people on Earth will  be able to see it without the aid of telescopes. If you reside in the Southern Hemisphere, those chances rise to 50 percent.

FILE UNDER: Supernova Next 50 Years.