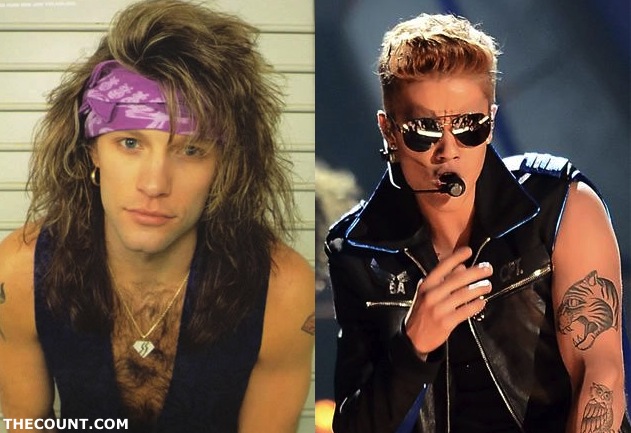 Bon Jovi, now 51, had some curse words of advice for Biebs all because he was tardy for his London concert back in March..

“Every generation has guys that do that, none of that is new,” the “Wanted Dead or Alive” singer told the London Evening Standard. “They run the risk of disrespecting their audience members who have worked hard to pay for their ticket, to give you the permission to take two or three hours of their lives — or in that kid’s case, 80 minutes of their lives.”

After pointing out Bieber’s bad – WITH A STRAIGHT FACE – Anchovy, Bon Jovi said,

“Do it once, you can be forgiven,” he warned. “Do it enough times and shame on you. They won’t be back.”

What’s next Jon, yelling at the kids to get off of your lawn?