A man who was Boston Bomber Tamerlan Tsarnaev’s best friend, was shot dead by a team of FBI agents who had swarmed his apartment complex Wednesday.. 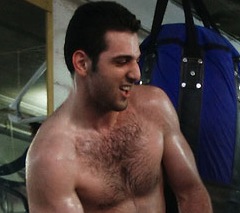 Little details are emerging as the FBI is not talking.. The shooting happened early Wednesday.

The FBI did not immediately return a phone call early Wednesday from The Associated Press seeking details. The FBI has not released the name of the suspect who was shot or confirmed the possible connection to the Boston bombing suspects.

The dead man’s residence is located near Universal Studios in Orlando, Florida..