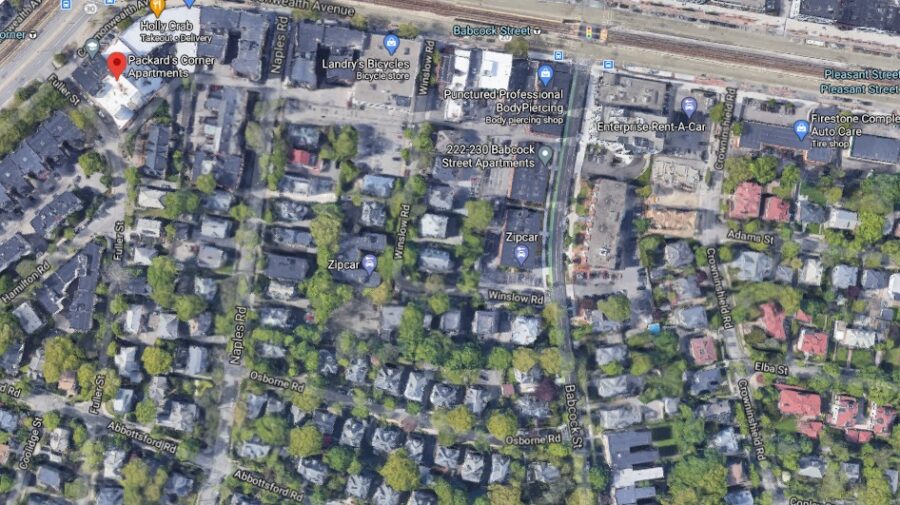 BOSTON, MA. (THECOUNT) — Boston police are asking the public’s help in locating Sophia Mendez, a 10-year-old girl who was last seen near the Boston Marathon Finish line, on Boylston Street, in Boston, MA, on Monday.

Mendez is described as being 5 feet, 2 inches tall. She was last seen wearing a pink T-shirt and a black jacket. Anyone with information is asked to call Boston police. Authorities have discovered a body in the Terrace Street area Sunday as they continued to search for the missing teen. Carbone was last seen at a party Saturday morning, according to MASSLive.

Boston police confirmed there was activity in the area but declined to say if a body was discovered was Carbone. BOSTON, MA. (THECOUNT) — Kendric Price, a former University of Michigan basketball player, has been identified by family members as the victim of a fatal overnight shooting in Dorchester.

A cousin of the victim told local reporters Price died as a result of the shooting that occurred before 3 a.m. on Saturday in the area of 12 Greenwood Street in Dorchester. Boston Police officers responded to reports of a person shot in the area of 12 Greenwood Street just before 3 a.m. Saturday, reports Boston25News.

At the scene, responding officers found an adult man – later identified as Price by family – suffering from apparent gunshot wounds. The victim was declared dead on scene.

No arrests have been made and police are still searching for suspects.

Anyone with possible information on this incident should contact police at 911.

Geo quick facts: Dorchester is a Boston neighborhood comprising more than 6 square miles in the City of Boston, Massachusetts, United States. Originally, Dorchester was a separate town, founded by Puritans who emigrated in 1630 from Dorchester, Dorset, England to the Massachusetts Bay Colony – Wikipedia.

BOSTON, MA. (THECOUNT) — Adrianne Haslet, the dancer who lost a leg in the Boston Marathon bombing, was hit by a car Saturday evening in Boston.

Haslet was on foot around 7:15 p.m. Saturday on Commonwealth Avenue in Boston when she was struck by a vehicle. The driver remained on the scene and cooperated with police. He was cited for failing to stop for a pedestrian in a crosswalk.

The driver told police he never saw Haslet in the rain.

Haslet took to Instagram to update her followers on the incident:

“Struck by a car on Commonwealth Avenue, while on a crosswalk,” Haslet revealed on Instagram. “Thrown into the air and landed, crushing the left side of my body.” END_OF_DOCUMENT_TOKEN_TO_BE_REPLACED According to the post, the items taken included cellphones and other personal effects. Michaels said no questions will be asked if the items are returned within 24 hours to Fred Shaake at the venue. END_OF_DOCUMENT_TOKEN_TO_BE_REPLACED

During an interview with “Entertainment Tonight” Fox News commentator and Clueless star, Stacey Dash, said that transgender people should go to the bathroom “in the bushes.”

When rebutted with the argument that transgender people don’t choose what they feel is their true gender identity, Dash said “OK, then go in the bushes. END_OF_DOCUMENT_TOKEN_TO_BE_REPLACED The woman killed by a flying manhole cover on Interstate 93 in south Boston, has been identified as Caitlin Clavette, an art teacher at Glover Elementary School.

Clavette was killed near Boston’s O’Neill Tunnel Friday after a manhole cover became dislodged and flew into the air. The manhole cover then smashed through Clavette’s windshield, tragically killing her. Following the crash, MassDOT crews and welders spent the afternoon examining all travel lane infrastructure in Boston to check that manhole covers END_OF_DOCUMENT_TOKEN_TO_BE_REPLACED