What a puss! Bassist, Eric Avery, got the ultimate gig playing for Nine Inch Nails AND HE QUITS! And the reason? Turns out his WIFE MADE MADE HIM DO IT! And it’s not the first time he has pulled this sort of production stalling stunt! Dude is an audition whore! And a chronic quitter! Pick and chose? Avery should take any gig he gets! Rocker is pushing 50! 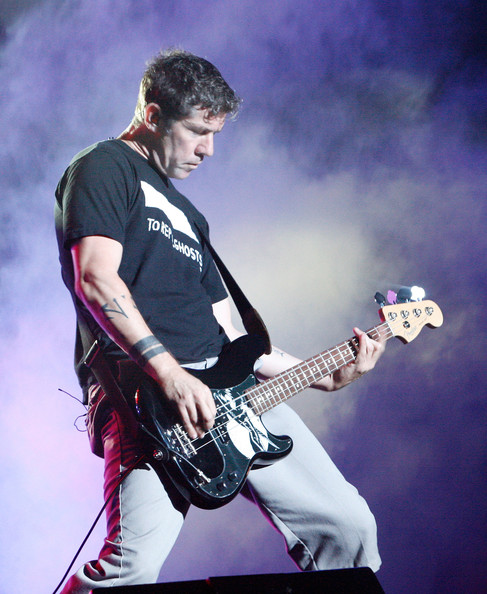 Now get this! Avery was also hired by the Smashing Pumpkins! But ultimately he hung them out to dry too!

“I went into [the Pumpkins] with the same mentality I took with me when I auditioned for Metallica — I expected to have a good story to tell my wife. I had no expectations. I had heard nothing but bad things about working with Billy, but I went, and I found it to be a really inspiring time.”

Billy Corgan caught wind that this 4 stringed idiot was talking smack behind his back and pulled a prevent move by playing bass parts himself for the album and then hiring super pro, Ginger Reyes for live performances.

“its with very mixed emotions i tell you all that im pulling out of NIN. i know. its been a tough call and i don’t know if its the right one. but i really want to focus on my musical life here in la, on film work in particular. as the tour dates kept growing… i just got overwhelmed. i just got home from a year of heavy travel with garbage, the idea of leaving town for another year and a half, and with all the intensity that nails demands… fortunately my friend Trent understands all this and appreciated my pulling the plug now instead of deep into 2013 and 14. go get em gentlemen.”

HAHA, now you get to stay home and bring your wife Bon-Bons on the couch! While all the boys are touring and having fun! Good luck with that SOUNDTRACK business.. lol.