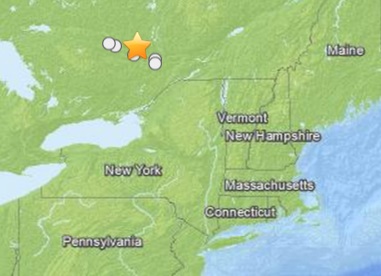 People in the large Western Quebec seismic zone have felt small earthquakes and suffered damage from larger ones for three centuries. The two largest damaging earthquakes occurred in 1935 (magnitude 6.1) at the northwestern end of the seismic zone, and in 1732 (magnitude 6.2) 450 km (280 mi) away at the southeastern end of the zone where it caused significant damage in Montreal. Earthquakes cause damage in the zone about once a decade. Smaller earthquakes are felt three or four times a year.