Las Vegas is Close to Being The ‘New’ Hollywood

It seems like every year, more and more ‘Hollywood’ shows and events, move to Las Vegas. 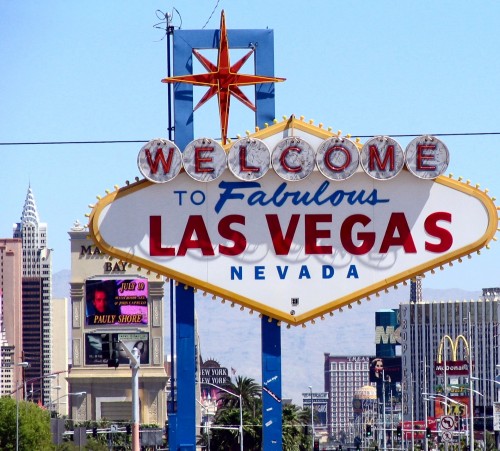 Why are more productions being filmed in Vegas, and why are awards shows moving here instead of being in Los Angeles?

Weather in Las Vegas is more dependable than L.A., venues will do events cheaper, and the town is way more luxurious than Hollywood or downtown L.A.. Everyday people and celebrities love going to Vegas!

People have been talking for years, about how downtown L.A. is apparently getting nicer, and becoming a place for Hollywood types to live. NOT true! The only nice place in downtown L.A. is the Nokia and Staples Center. If you step out of that area, you are asking to get mugged.

Las Vegas is family friendly, every street has security, there’s plenty to see, plenty to do- Vegas just has more edge and beauty than Hollywood does now.

As of now, where are production companies going film their greenscreen scenes, New York street scenes and various insert shots in Vegas? It would be great if some studios popped up.

American Idol is kicking off their show in Las Vegas this season, which makes a big statement, showing everyone that Vegas is the ‘it’ place to be now.

A little bit of change and development here and there in Vegas, and voila! Vegas could be the new Hollywood!