Britney Being Kept Far Away From Old Hollywood Crotch Crew 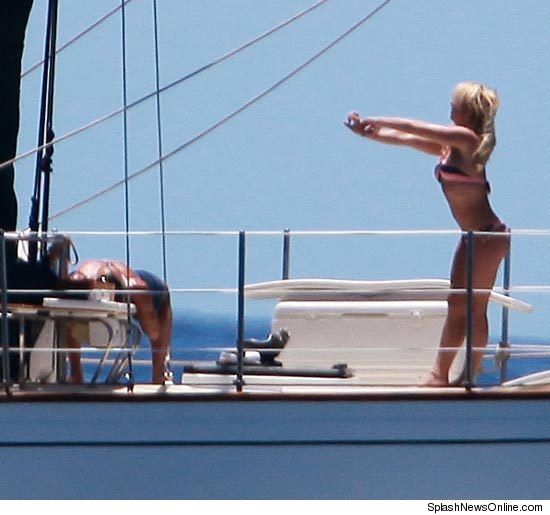 As we reported here on ThecounT.com , we’ve noticed a major positive change in Britney Spears since she filmed the “Britney Spears” themed episode of Glee. As our friends over at PoorBritney.com put it-”Britney seems more gleeful since shooting Glee.”

Her and boyfriend Jason Trawick have been vacationing in Hawaii for almost a week now, and they’ve been having quite the romantic time! There are numerous pictures of them holding hands, smiling, kissing and playing the ocean together. Britney fans are really exciting for her because she seems more happy than ever!

Their Hawaii getaway seems like perfect timing in getting out of Hollywood, because Britney’s old Crotch Crew is up to NO GOOD again! Lindsay Lohan got out of jail, then out of rehab-and she’s already out painting the town red. Paris Hilton just got arrested for possession of cocaine and she’s facing possible time in prison…

I’m glad to see that Jason took her out on a boat far away from land, keeping his treasure safe from the pirates that lurk!