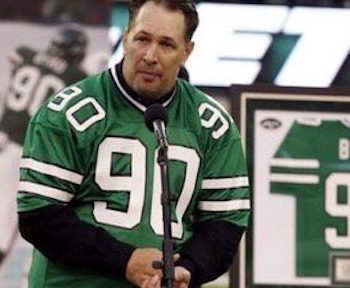 accident scene, did the, Ford Explorer, how did, hummer, New York Jets, what was

Dennis Byrd, the former NFL star who inspired countless fans by vowing to walk again after a broken neck, and did, was killed in a car crash in Oklahoma Saturday.

Byrd, 50, died when a Ford Explorer driven by a 17-year-old crashed head-on into his H2 Hummer. The crash occurred on Oklahoma 88 north of Claremore. The crash sent two others to the hospital. The teenage driver and a 12-year-old passenger in Byrd’s vehicle. Both were in critical condition, said Tulsa World. Profootballtalk says Byrd was a “former Jets defensive lineman best known for battling back from a serious spinal injury and recovering to walk again.” Tulsa World reported that Byrd was best known for defying “his doctor’s prognosis and walked within weeks after he broke his neck in the New York Jets’ game against the Kansas City Chiefs on Nov. 29, 1992.” Byrd was the author of the 1993 book “Rise and Walk: The Trial and Triumph of Dennis Byrd.” The book’s promo reads: “The story of a determined and talented athlete, and a deeply-committed family man with a devoted wife and two daughters, and an unswerving faith in God, whose life was changed in one fateful moment on an American football field.” h/t heavy Dennis Byrd was told he would not walk after a severe neck injury. He played for the New York Jets and the University of Tulsa.