NYPD Police Commissioner Bill Bratton is speaking out on what he is calling a serious threat made by ISIS warning that the terror group is targeting Times Square for a future attack.

The terrorist group made the daunting threats on an online message board. 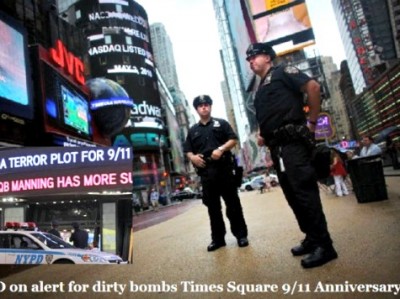 ISIS put out messages to recruit “individual wolves in America” to initiate attacks on the famous spot, writing, “Times Square is considered one of the most important and famous tourist attractions in the city.”

Accompanying the message were instructions for the manufacture of nail and pipe bombs and how they can be run with batteries or timers. Those instructions are reminiscent of similar instructions in al Qaeda’s Inspire magazine. That magazine also called for attacks on Times Square in May.

Unlike others who have dismissed ISIS as a “JV team,” Bill Bratton takes them quite seriously, saying of their efforts at recruitment, “We are quite concerned with the capabilities of ISIS, much more so than Al Qaeda was ever able to project.” source

Bratton noted that over 100 U.S. citizens have joined with ISIS in Syria and Iraq, adding, “The potential for them to come back and do terrorist acts here is very real. This is the evolving world of terrorism. We are staying ahead of it. We are focusing on it, and I believe that we are prepared as any entity could be to deal with the threats.” Bratton did conclude that as of yet, there are no credible or specific terror threats marked for New York City.