How weird is weird? The man who filmed a Utah Boy Scout leader toppling an ancient rock formation ends up having major connections to convicted boyfriend killer, Jodi Arias. 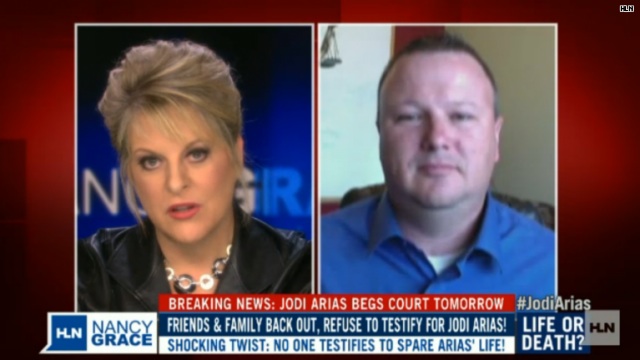 If you followed the Jodi Arias trial you know this guy, his name is Dave Hall and he was one of Travis Alexander’s best of friends. Hall appeared on countless TV talk and news shows recounting his ‘evil’ and ‘creeped out’ encounters with Arias. 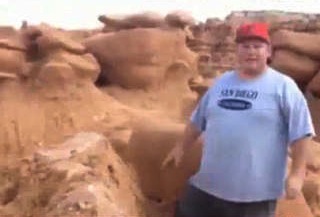 HLN is reporting that Hall and two other men could be in big trouble for destroying the giant boulder, which was perched for many years atop a slender rock pedestal in southern Utah’s Goblin Valley State Park. The three men say the balancing boulder, which was created over millions of years by windblown dust and moving water, posed a threat to visitors. But it’s against the law to deface state parks so now the men could face time behind bars.

Once some people get a taste of fame, they’ll do almost anything to get it back.. But seriously, filming one of the biggest dick moves of the decade? And by the way, who’s buying their pathetic excuse?