Talk about when worlds collide! Sen. Ted Cruz has been on a non-stop filibuster on the Senate floor in an effort to defund ObamaCare and he must be running out of material because he just gave major props to.. ASHTON KUTCHER!

Cruz said he admires Kutcher’s work ethic and even read tidbits from the actor’s speech at the Teen Choice Awards! At that time, Kutcher was accepting a statue for his movie, Jobs. 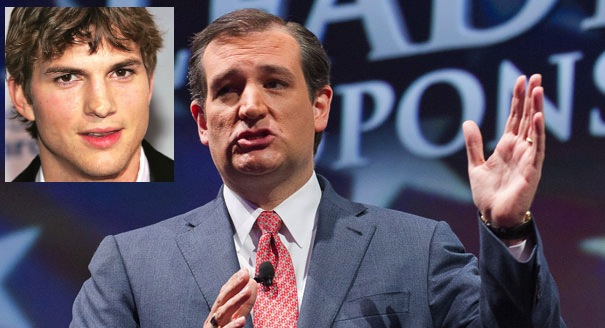 But some are saying this really isn’t an actual a filibuster and more of a fake filibuster. Apparently the Senate rules, Cruz would need 41 votes to deny cloture and actually delay the legislation. But because he doesn’t have 41 votes, Cruz (and his supporting case of Mike Lee, David Vitter and Marco Rubio) will have to leave the floor by 1 p.m. Wednesday. As Talking Points Memo put it, this “filibuster” is “merely a speech to kill time.” Gawker.