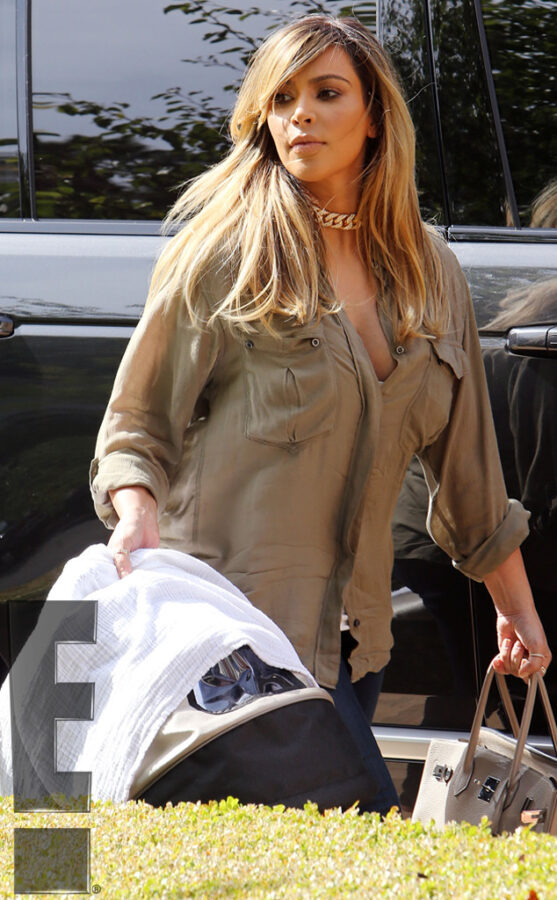 When you have all the money in the world you can afford to change your hair color, or whatever it is you want to change at the drop of a hat! In this case, the drop of a brat! And may I suggest a little lipo?

Kim did stun with her new do as she debuted her new new blonde locks at a friend’s barbecue in Beverly Hills over the weekend. 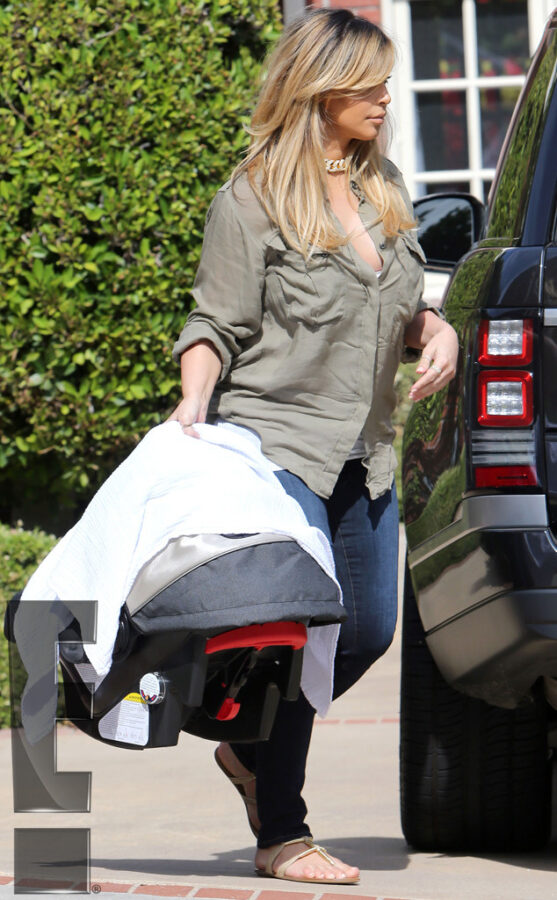 The new mother brought along baby North West for the family-filled outing. KourtneyKardashian and her two little ones, Mason and Penelope, also attended the party. This isn’t the first time that the 32-year-old has transformed her brunette locks for a lighter shade.