Good News! Joanie Cunningham Will Be Moving Out of Trailer Park

Due to their faulty acting contracts, cast members from the classic hit TV show “Happy Days,” went from riches to rags over the years, even leaving one of the actors living in a trailer park! 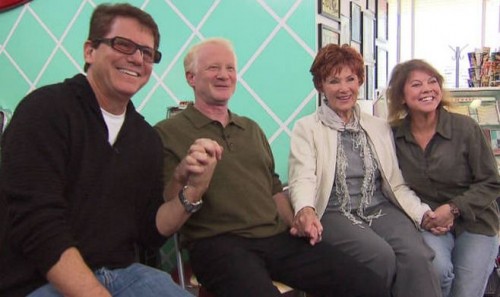 Happy Days cast members Anson Williams, Don Most, Marion Ross and Erin Moran had got together to file a $10 Million lawsuit against CBS and Paramount, protesting that they deserved a huge chunk of dough after not receiving residuals off of Happy Days merchandise.

Good news finally came through today! CBS and Paramount finally settled with the cast (sans Ron Howard), and the four actors will receive an ‘undisclosed’ amount of money. Apparently everyone is ‘satisfied’ about the amount as well.

Thank goodness America’s sweetheart Joanie Cunningham (Erin Moran) won’t have to be doing bar appearances anymore, nor will she have to live in a trailer! Hope these guys get their careers on track now- we love them!