Holy crap! Witnesses say Bieber emerged on the street looking crazy in the eyes and Selena tried to get him back inside, he then dramatically wrestled with Gomez while attempting to put on his cute shoe over his cute little stripped sock – that was before all hell broke loose! 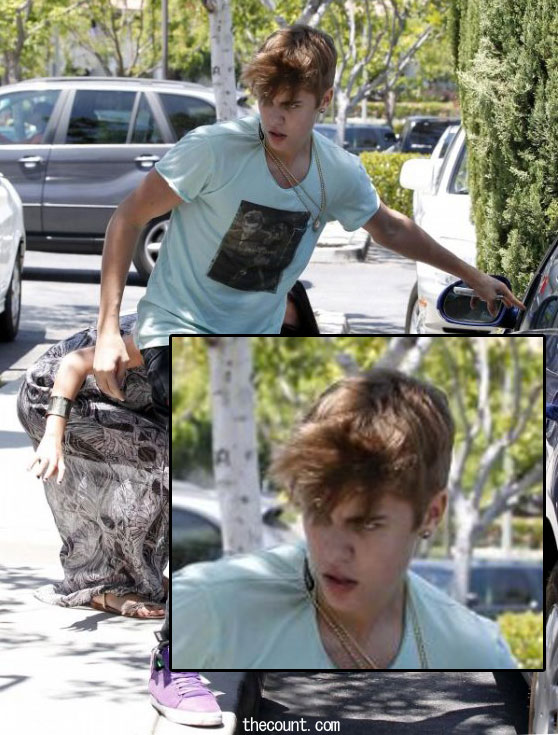 Demon Bieber proceeded to attack a cameraman who has merely standing there doing his job — sending the pap to the hospital!  All of this violence occurring in front of dozens of shocked fans. Cops accompanied by a L.A. County meat wagon transport the photog to the hospital. Boi you needs to slow down…

If all this ends up being true, Bieber’s gunna need all that cash falling out of his pockets! To pay in restitution!

**UPDATE — A source is telling thecount.com that a photographer snapped a picture of Justin and Selena doing “something” — Apparently involving the couple to be partly unclothed… Bieber wanted the film badly… Developing.