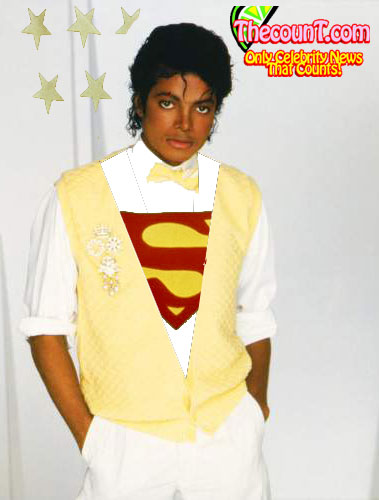 I hear Michael Jackson’s doctor; Conrad Murray may be on suicide watch. I am constantly hearing about Michael’s friends, family and fans that are still devastated by his death, I should know, I’m one of them.

It’s been months since Michael’s passing. I’ve been so sad and angry. Then suddenly something hits me like a ton of bricks, literally making me stop in my tracks, it was my first epiphany since I had learned the tragic news of Michael Jackson’s death. I began to ask myself, “Who really killed Michael Jackson? The drugs? His doctors? The enablers? His handlers? Or is there a chance that Michael killed Michael?”

Michael Jackson’s doctors should never have allowed him to take all those drugs, however, the practice of dispensing medication is so prevalent. Let’s face it, doctors are only people thus having a demanding, rich and famous client can be very persuasive when it comes to doing what’s right. Furthermore, even if the doctors stopped dispensing the pharmaceuticals, chances are the addict finds them somewhere else, usually on the dangerous black market.

The people surrounding Michael Jackson should have confronted him and said “Enough!” A little tough love could have benefited Michael greatly, however, if you’ve ever known an addicted person, then you know, that tough love will often falls on deaf ears. When you say “No!” the addict often recoils and often starts seeking new friends, nefarious new enablers, anyone who will say “yes.”

Learning Michael’s doctor is shut in his home, afraid to come to out, scared to answer the phone, and knowing Michael’s people are reeling and floundering in his passing, I suddenly started feeling sorry for the living and moreover, I started getting mad, for the very first time, I was mad at Michael Jackson.

You were so talented, you brought so much joy to so many, and you helped so many in countless ways. My god dear Michael, I know you were in great pain, but why could you not have used your extraordinary powers to try and heal yourself? if not for you, for your friends, family, for your fans? I love you Michael, I have shown you that in every way.

I think the time has come to show support for those of us that are still living. To stop the blaming and start the loving, because love, after all, is the most potent cure, and most importantly; I think you would have wanted it this way Michael.