BALDWIN, NY. (THECOUNT) — Adwoa Lewis has been identified as the Long Island woman arrested Friday after being accused of filing a false police report.

Lewis, 19, was taken in custody after police determined she completely fabricated a story about hate crime she says was committed by a group of pro-Trump teens while on New York’s Long Island. Detectives say, Lewis provided them with a false written statement saying she was driving home on Sept. 2 when four teenagers confronted her. The Church of Jesus Christ of Latter-day Saints issued a statement Tuesday identifying them as 66-year-old Richard Norby of Lehi, 20-year-old Joseph Empey of Santa Clara and 19-year-old Mason Wells of Sandy. END_OF_DOCUMENT_TOKEN_TO_BE_REPLACED Jackson was charged Friday in St. Louis Circuit Court with two counts of second-degree arson in the fires at Ebenezer Lutheran Church and New Life Missionary Baptist Church, both in the city. END_OF_DOCUMENT_TOKEN_TO_BE_REPLACED

Tywanza Sander posted a video to Snapchat moments before Roof opened fire. In the video Roof can be seen sitting at a table with other doomed church members. 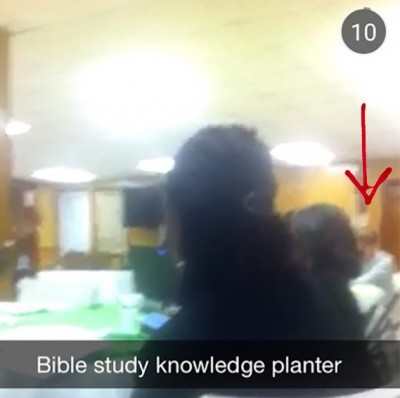 END_OF_DOCUMENT_TOKEN_TO_BE_REPLACED

A video of an attack posted to YouTube shows, Danielle Fair, 10, being viciously beaten by another girl, 13.

The older girl delivered non-stop blows to Danielle’s head, face and neck while yelling “cracker,” and other racial slurs. 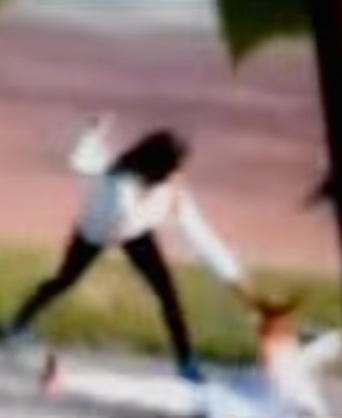 Cleveland police are now investigating the incident as a possible hate crime after the 13-year-old black girl assailed the 10-year-old white girl for no apparent reason. END_OF_DOCUMENT_TOKEN_TO_BE_REPLACED

END_OF_DOCUMENT_TOKEN_TO_BE_REPLACED

“At the end of this, Deryl Dedmon is laughing with his friends and actually called on a cell phone and, pardon my language but there’s no other way to say this — ‘I just ran over that f—ing nigger,’ that’s what he said. And it was a clear-cut case of pure racial-intent murder that took place there, which is why it was so easy to apply the hate crime legislation in this case,” Signed, Drew Griffin, CNN.

A high school student named Mike Stone, from Oakdale, Minn., couldn’t get a prom date from his own school, “Tartan High School”, so he made a smart move and reached out beyond that little pool of options.

One pornographic star who responded, was Emy Reyes, who tweeted Mad Mike back, “I would love tooo!”. Another pornographic star named Megan Piper, responded as well, tweeting back “If you can get me there, then yes :)”. She meant from L.A. to Minn.! Stone then picked Piper to be the lucky gal, and started raising money right away lol!

Just when Stone became hopeful and excited that he finally scored a date to his prom, his dream was crushed soon after. The school district’s superintendent Patty Phillips stepped in and said that Piper, who is 19, “would be prohibited from attending the dance because her appearance would be “inconsistent” with two district policies pertaining to visitors to school buildings and sites.”

If Stone was in the midst of raising money to facilitate Piper’s cost-free trip, and now she’s not going, maybe he’ll just upgrade his tux and buy some extra prom photos instead… wah waoooooh.

This is mere proof that when you throw that fishing line out there, you’ll more than likely get a bite!