Hot Miley Cyrus. Hot. You scored Dolly Parton as your Fairy Godmother. You have just been put to the front of the line! 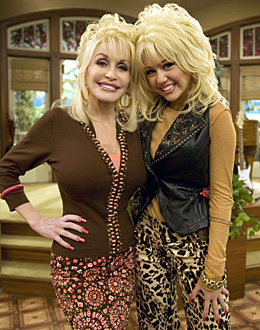 “I’m just real proud of her,” Parton said. “She does not need my advice, but she’s often asking for information and advice, and I tell her what I know, but I think the girl’s doing all right without me.”

The Hallmark Channel taped a special feature on Dolly’s theme park “Dollywood” earlier this year, commemorating 25 years of the Tennessee theme park. Stars that will be performing on the upcoming show are Dolly Parton, Miley Cyrus, Kenny Rodgers and Billy Ray Cyrus.

“There are a lot of wonderful things [that will be on the show],” Dolly said. “It shows the park really great, and the audience and all the people that work here, so we’ve really covered it in every respect.”

Frank Sinatra’s Hollywood publicist, Lee Solters, has passed away at 79. 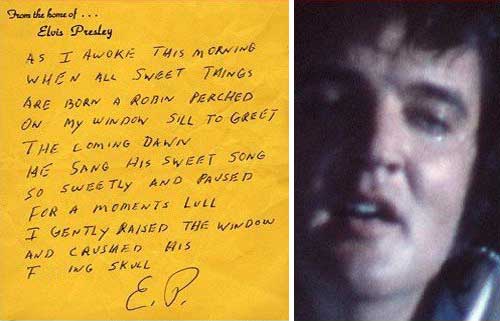 This sounds like something Charles Manson would write! I guess some people are doing OK if they can spend $20k on a poem celebrating Elvis’s demons.

“Look honey! I got us something real great! You know that pool and new dresser you wanted? The braces for little Sally? Well I just invested in this s**ttay ass poem for 20k!!!”

Here is ex Danity Kane member, Aubrey O’Day, on the cover of the latest Playboy magazine. Is it me or does her skin match her dress AND hair to a T?! I guess since Holly decided to quit working for the magazine, all hell broke loose and they just gave up. Is this a sexy cover?