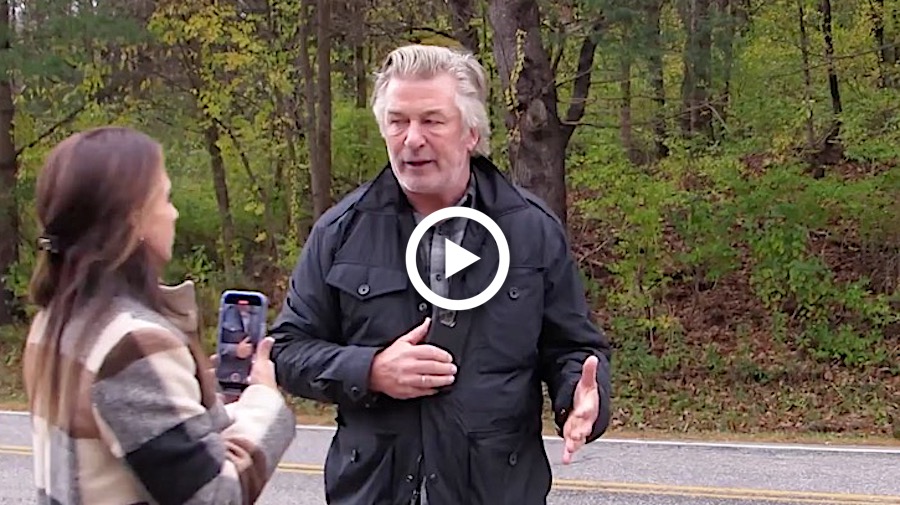 It is the first time Baldwin appeared on camera since Hutchins was killed during the production of “Rust” in Sante Fe, New Mexico last week. Director Joel Souza was wounded during the shooting.

“There are incidental accidents on film sets from time to time, but nothing like this,” Baldwin, who looked forlorn and at times sounded hoarse, told a reporter from BackGrid as he stood on the side of the road in Vermont, with traffic whizzing by behind him. “This is a one in a trillion episode, a one in a trillion event.”

Baldwin, in dark pants and a dark jacket over a gray flannel shirt, spoke on what appeared to be a rural road with his wife, Hilaria, at his side filming the interaction on her cellphone, reports NYPost.

“We were a very, very well-oiled crew shooting a film together when this horrible event happened.”

At one point, the Baldwins admonished a reporter for apparently failing to know Hutchins’ name.

The actor said he welcomes discussions about eliminating guns in Hollywood productions.