Missed It By That Much! TOP 15 Popular Songs That PEAKED At #2 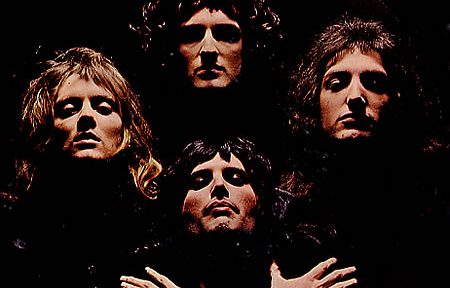 Check out these popular songs that stalled out at #2 on the overall music charts, never quite making it to the coveted #1 position.

Tracking the Billboard Pop Charts, we have compiled a list of songs that only made it to #2 on the list. Some of the tracks listed below did made it to #1 at Adult-Contemporary or Modern Rock, etc, but they just missed the overall top honors. Open Arms — Journey: You mean to tell me this prom anthem never went to #1? In fact, Journey never had a #1 hit? “Don’t Stop Believin'” did worse? It’s as if everything I ever learned in childhood is wrong. You mean you’re not my real father? What about that lady over there? Who’s she? Nights In White Satin — The Moody Blues: Originally the song charted to #103, so coming in at #2 is a distinct improvement. The melody is such an age-old classic that I have trouble believing people didn’t naturally gravitate towards it. It’s like finding out Pizza came in at #2 behind Stromboli among favorite school lunches! Girls Just Want To Have Fun — Cyndi Lauper: OK, maybe it was because this was her first hit single and people needed to get warmed up. Maybe radio folks didn’t know what to do with her yet. “Time After Time” went to #1, after all. Who understands why some songs have “broad appeal” and others do not. “Money Changes Everything” never even came close to the top ten and it’s often cited as a favorite among fans. Under The Bridge — Red Hot Chili Peppers: The group’s biggest hit really bugged their hardcore fans — well, the ones I met anyhow. It didn’t sound like their usual stuff. But that was the way for “alternative” bands for years. For most rock bands, really, throughout the 1980s and into the 1990s. Since I never was “emotionally invested” in these boys, I liked the hit just fine. I guess I’m the lemming they were after. Bohemian Rhapsody — Queen: The first time the song hit the charts, it went to #9. Then Wayne’s World rescued it again and it went to #2. I’m counting on someone re-releasing it a third time in about ten years and then it will reach #1. Third time’s a charm! Born To Be Wild — Steppenwolf: I guess enough people weren’t born to be wild. Had the song been called Born To Live In The Suburbs and Be Domesticated, the song might have been more relatable and been a #1 hit. Dancing In the Dark — Bruce Springsteen: “Jessie’s Girl” by Rick Springfield was a bigger hit than anything in the Bruce Springsteen catalog, which explains why…Rick consistently outsells Bruce on the concert circuit? Even “Blinded By The Light” was a #1 for Manfred Mann, after they altered the song. Sorry Bruce, the people have spoken. It was a nice ride while it lasted, but you might want to see if they’ve reopened the textile mill in Freehold. Start Me Up — The Rolling Stones: While I’m giving career advice, I suggest the Rolling Stones drop this dud from their live sets. Stick to the #1 hits, which means “the people” want to hear the following: “Satisfaction,” “Get Off Of My Cloud,” “Paint It, Black,” ‘Ruby Tuesday,” “Honky Tonk Women,” “Brown Sugar,” “Angie” and “Miss You” in a medley. Then clear the stage for those Black Eyed Peas! Material Girl — Madonna: Sonic Youth made her cool on the underground level back in the 1980s, so it wouldn’t even be hipster cool now to ironically or non-ironically be into her. She’s transcended all levels of acceptance to the point where she’s just there, that’s all. Like a can opener. Jean Genie — David Bowie:
One of David Bowie’s greatest singles, released at the peak of his Ziggy Stardust glory. But it was outsold by the high-pitched squeaks of chubby, nine-year-old Little Jimmy Osmond. To make matters worse, the song that replaced Jimmy at No.1, The Sweet’s Blockbuster, had the exact same guitar riff as Jean Genie. Rocket Man — Elton John:
The words came to lyricist Bernie Taupin as he drove to his parents’ Grimsby home, and he had to repeat the first lines, starting ‘I packed my bag last night, pre-flight . . .’ in his head until he got there. It was cited as an inspiration by ­England’s Ashes-winning cricket team in 2005. Beaten to No.1 by: T. Rex’s Metal Guru — no disgrace to lose to Marc Bolan at his peak. Wonderwall — Oasis:
Their biggest hit, selling 1.26 million copies in the UK and the band’s only top-ten U.S. single. With a title taken from a 1968 film, Wonderwall was written for Noel Gall­agher’s wife Meg Mathews, but he changed his mind after their divorce, preferring to describe it as a song about friendship. Heartbreak Hotel — Elvis Presley:
Possibly the most influential record in pop history. Co-written in under an hour by Mae Axton, the Florida high school teacher who first introduced Elvis Presley to his manager ‘Colonel’ Tom Parker, it was recorded in January 1956, two days after Presley’s 21st birthday. Beaten to No.1 by: Pat Boone‘s I’ll Be Home, a piece of insipid crooning, that has long been forgotten. In The Air Tonight — Phil Collins:
Written after the break-up of his first marriage, In The Air Tonight sets bitterly caustic words against a massive drum-beat. Collins performed the song on Top Of The Pops with a paint-pot on his drum-machine — pure coincidence, he insists, though many thought it was a reference to the decorator for whom his wife had left him.
Beaten to No.1 by: John Lennon’s Woman, which surely wouldn’t have topped the charts had it not been for ­Lennon’s murder weeks earlier. Wild Thing — The Troggs:
Dumb, but irresistible, Wild Thing was written by Chip ­Taylor, brother of the actor Jon Voight and uncle of Angelina Jolie. The Troggs, from Andover in Hampshire, recorded the song in a matter of minutes.