Talented street performer, Anthony Riley, a featured singer on this season’s The Voice, has died. He was only 28.

The sad news was announced on a fan site after Riley’s friends expressed their grief on social media. Representatives for The Voice have yet to comment on the story. Yahoo Music’s Reality Rocks confirmed the tragic news. 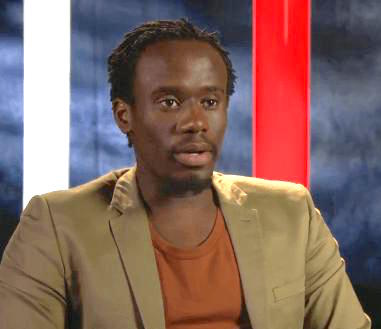 “Anthony passed away Tuesday. He wasn’t found until yesterday [Friday],” said Man. “His sister called me at 7:30 yesterday to tell me… I called the friend he’d been living with, Bobby Iovine, and Bobby was in tears. Yahoo said, ‘Robby, it’s true.‘”

Yahoo added: “Anthony was a gentle soul. Just a loving, caring, gentle person, is what he was.”  h/t yahoo

Riley mysteriously and abruptly left The Voice Season 8 before the Knockout Rounds, which aired this past March, with no explanation other than “personal reasons,” which later turned out to be substance based.