The Ebola epidemic has a runner up for the country with the most confirmed cases of the virus outside of West Africa.

As it turns out, the United States has experienced the most cases per cappa of persons infected with the Ebola virus outside of West Africa, the U.S. ranking three times as many cases as both Germany and Spain. 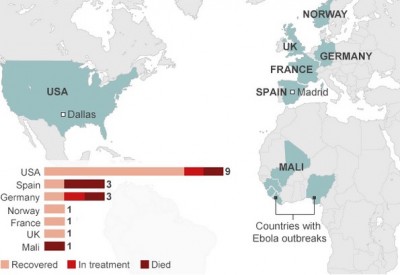 Although only 9 have been reported, the U.S. still clocks in second for the most Ebola cases.

Among the notable U.S cases of Ebola: