The Washington Redskins team bus got into an wreck, smashing the driver’s front windshield, while it was traveling to Sunday’s game against the Minnesota Vikings.

Redskins wide receiver Pierre Garcon tweeted a photo Sunday morning showing the damage, “So this just happened. But we are ok” 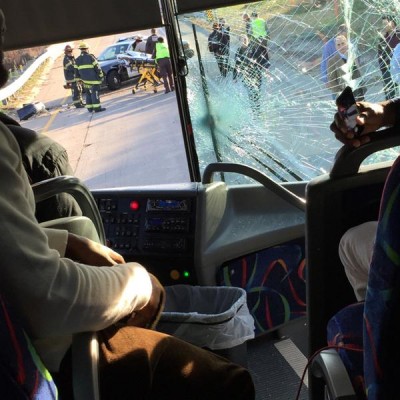 The team said coaches, players and staff arrived at TCF Bank Stadium safely, and NBC4’s Dianna Marie Russini, who first reported the accident, reports there are “a couple bumps and bruises” but no major injuries with the team. h/t si

Russini also reports that everyone was “shaken” afterwards and that the accident occurred after the police escort missed the exit ramp and the team’s first bus was hit in behind by the second.

The team said kickoff time will not change because of the accident.