Jonathan Barlow, D’Andre Dunkley, Corey Ford, Rodney Gillin Jr. and James Williamson had already been apprehended, and now a sixth football player from California University of Pennsylvania has been arrested in a brutal beating that left a man with severe brain trauma.

Shelby Wilkerson, 20, of Harrisburg, a freshman linebacker turned himself in Saturday. 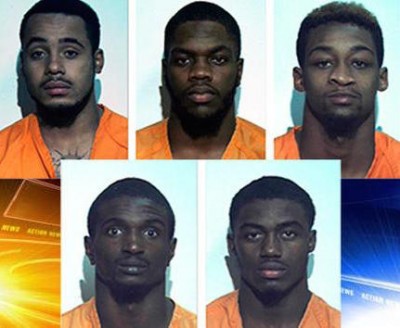 The California University of Pennsylvania players attacked Lewis Campbell, 30, of West Chester, as he was trying to stop an argument between his girlfriend and a player at about 2 a.m. Thursday, police said. Police say the players then fled yelling “Football strong!” h/t 6abc