Taylor Swift is one smart cookie who knows how to get what she wants.. Case in point, below we see a carefully orchestrated press event that was no doubt unbenounced to greenhorn Lorde. 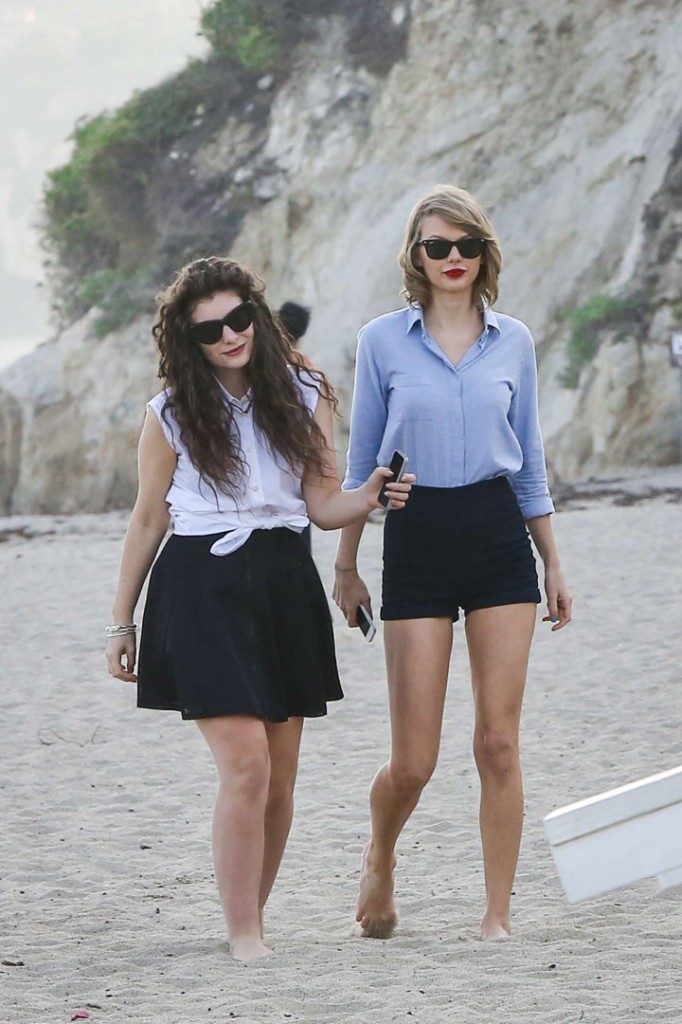 Here’s what went down, and we should know, we got the memo.. Taylor invited Lorde over to her beach house and soon asked if she would like to take a walk on the beach, but what the Red singer didn’t tell Lorde was “someone” had already notified the press that “Taylor and Lorde might be on the beach,” crafty Swift, but in no way original. 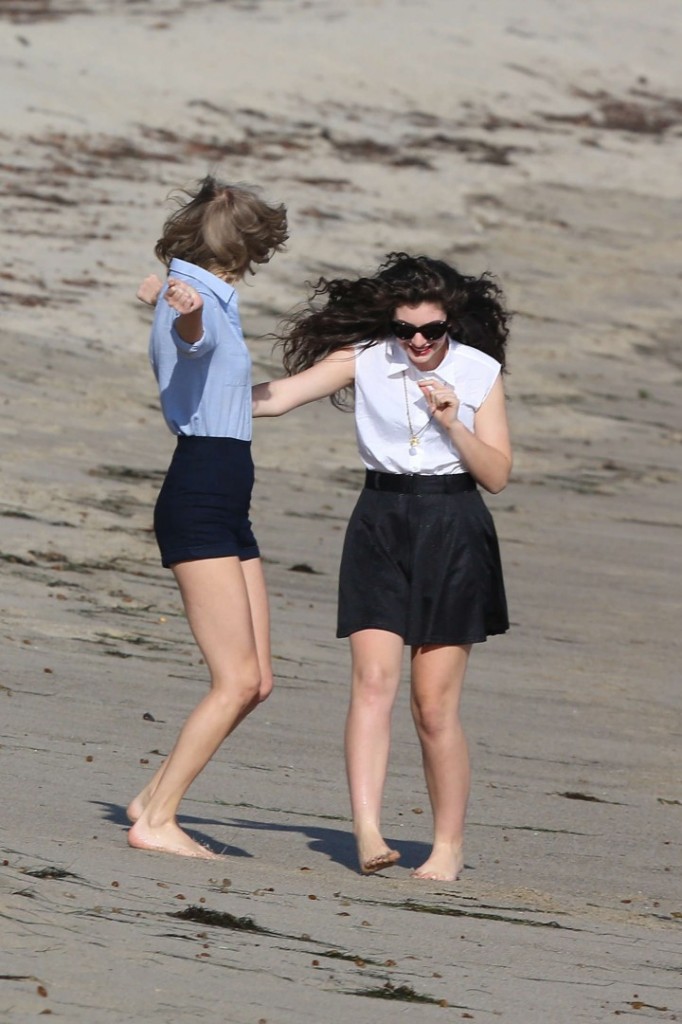 As soon as Lorde spotted the paparazzi, she asked Taylor what they should do. Taylor “acted” surprised by the photogs and responded something like, “let’s dance,” full well knowing SHE ordered the press there and also knowing dancing is Lorde‘s only weak talent. Mean evil girl! 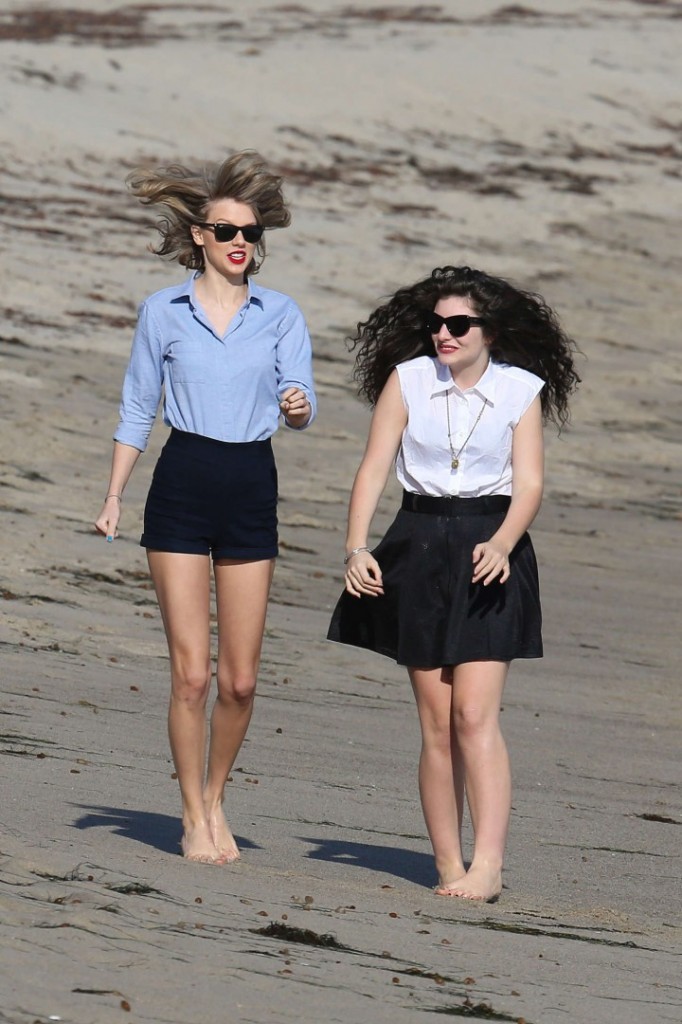 Taylor gets her photo op, and Lorde gets sold down the river.

Taylor has been cozying up to the Royals singer in an attempt to gain a little cred with Lorde’s fanbase, which is basically every demo on the entire planet.. Taylor’s tween fans are growing out of her musings by leaps and bounds.. And turning to other, cooler artists, such as, Lorde.

Do yourself and your fans a favor Lorde and go home before it’s too late.