This is a great story appearing in the epictimes that I had to relay to you guys.. The story is really aimed at people who follow trending stories, especially on MSNnow. If you’re one of those hard working people, we feel your pain.. 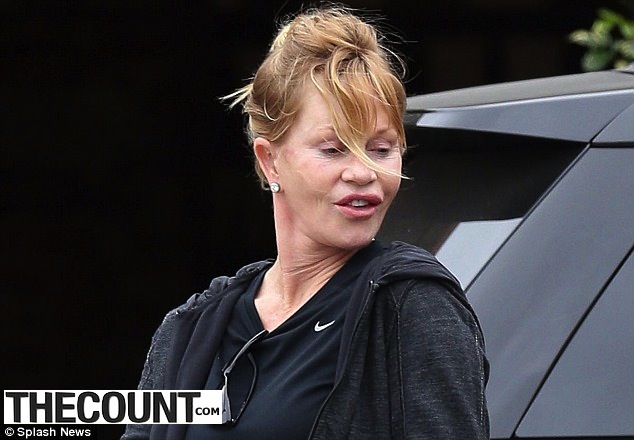 “Melanie Griffith married 4 times,” “Krissy Taylor died from asthma attack,” “MSNBC Chris Matthews fired,” and other trending search terms have appeared on websites listing them in recent days, and this would be fine except they’re inaccurate and extremely old news, respectively. As one website put it, they are called “trends hiccups.”

The “trend hiccups,” as they are called, are sometimes completely inaccurate or very old. For example, model Krissy Taylor died of an acute asthma attack in 1995 and there hasn’t been much news about her since, raising questions as to why this was listed on MSN Now, one of the “premier” listers of trending terms on the web.

A few other “hiccup” gems include “Sammi Kane Kraft died after car accident,” which was news in October 2012, when a 20-year-old baseball player who appeared in the “Bad News Bears” remake was killed. The Inquistr website humorously described the appearance of the term on Thursday as a “trends hiccup zombie.”

The Inquistr also made light of the “MSNBC Chris Matthews fired” term–which by the way, is totally unsubstantiated. There were reports and rumors in April saying that Matthews was going to be fired from the network. But Matthews last night is still on the program, calling people who wish to get rid of the IRS as “insane” and “almost traitors.”

Regarding the “Melanie Griffith married 4 times” term, it’s simply not true. She’s been married three times and has been with actor Antonio Banderas since 1996. The term appeared after it said “Rush Limbaugh married 4 times,” which is actually true. But the reasons for the change, like many of the other “trend hiccups,” is unclear.

Yahoo is also responsible for its share of hiccups.

Earlier this week, the top of Yahoo’s trending now section showed that “Steve Irwin’s daughter died,” but it appeared to be another hiccup, according to Social News Daily. Reports corroborated the website’s claims that Bindi Irwin was still alive.

“First Aid training today. I’ll be there for you if you decide to run with scissors!” the 14-year-old daughter of the late Steve “Crocodile Hunter” Irwin wrote on Twitter days after reports of her death surfaced.

On a daily basis, MSN also posts complete gibberish such as “gsk2118436a,” which doesn’t appear to be connected to any news story. GSK2118436 is connected to Dabrafenib–a potent ATP-competitive inhibitor. Sometimes it posts a few terms in other languages, including Tagalog, Swedish, and Hindi.

And on Thursday, Yahoo posted a term about “Subaru recall 2013,” when news of the recall was posted more than a month ago and nothing since. The news involved a recall of 2013 Legacy and Outback models over potentially problematic steering columns.

Yahoo also posted “Peachem shooting,” which was spelled incorrectly and referred to the Vermont town of Peacham.

Some of these false trending terms may provide a bit of humor or may even shed light on a story that’s still relevant, but they also risk spreading misinformation like in the case of Bindi Irwin.