NSA ”America, Your Calls May Be Recorded For Training Purposes”

Incredibly disturbing news coming out of Washington today as it has been revealed the White House has been collecting the phone records of millions of Americans, since at least – April 25, 2013. The White House has admitted to the practice saying it is crucial to national security. 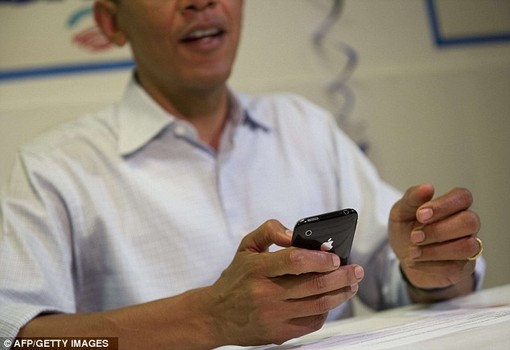 CNN – The top Democrat and Republican on the Senate Select Committee On Intelligence said Thursday the government’s top-secret court order to obtain phone records on millions of Americans was “lawful” and Congress had been briefed on the issue.

“As far as I know this is the exact three month renewal of what has been the case for the past seven years. This renewal is carried out by the [Foreign Intelligence Surveillance Act] court under the business records section of the Patriot Act,” Sen. Dianne Feinstein, who chairs the intelligence committee, told reporters in the Senate gallery. “Therefore it is lawful. It has been briefed to Congress.”

The National Security Agency is currently collecting the telephone records of millions of US customers of Verizon, one of America’s largest telecoms providers, under a top secret court order issued in April.

The order, a copy of which has been obtained by the Guardian, requires Verizon on an “ongoing, daily basis” to give the NSA information on all telephone calls in its systems, both within the US and between the US and other countries.

The document shows for the first time that under the Obama administration the communication records of millions of US citizens are being collected indiscriminately and in bulk – regardless of whether they are suspected of any wrongdoing. Developing…

AP — The Obama administration on Thursday defended the National Security Agency’s need to collect telephone records of U.S. citizens, calling such information “a critical tool in protecting the nation from terrorist threats.”

While defending the practice, a senior administration official did not confirm a newspaper report that the NSA has been collecting the telephone records of millions of U.S. customers of Verizon under a top secret court order.

The order was granted by the secret Foreign Intelligence Surveillance Court on April 25 and is good until July 19, Britain’s Guardian newspaper reported Wednesday. The order requires Verizon, one of the nation’s largest telecommunications companies, on an “ongoing, daily basis” to give the NSA information on all telephone calls in its systems, both within the U.S. and between the U.S. and other countries.