If you haven’t heard the news, Kanye West is promoting his new album by projecting his latest video on the sides of buildings and the like.. But the rapper reportedly ran into trouble with the Houston heat on Friday night as he was given the order to ABORT MISSION! 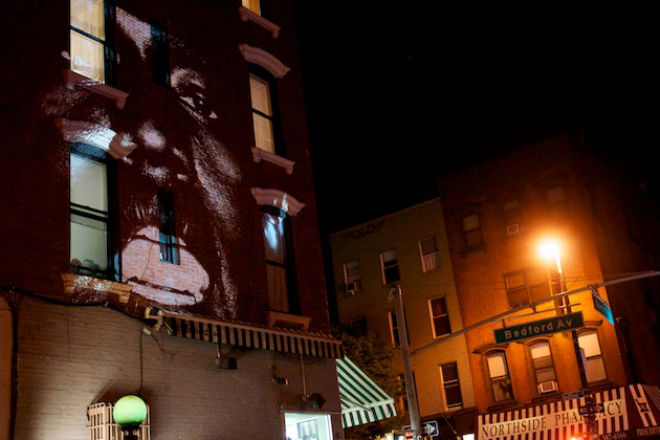 Kanye, 35, had planned on a dazzling projection of his “New Slaves” video on the side of the Rothko Chapel, a non-denominational church. The chapel was one of three landmarks chosen for the “New Slaves” promo.

The projection on the Chapel was smartly shut down by cops after a huge crowd started forming to watch the video.. Police threatened folks with charges for trespassing and they dispersed with out further incident.

“New Slaves” is one of two new songs that West has recently released. He also performed a track called “Black Skinhead” on last week’s episode of “Saturday Night Live,” hosted by Ben Affleck. Both songs are expected to be featured on West’s upcoming album “Yeezus,” hitting stores on June 18. Source.