46-year-old Chicago resident, Urooj Khan, the winner of a $1 million lottery prize was killed by cyanide poisoning say medical examiners.  Kahn’s death came only one day after he collected $425,000 dollars as a lump sum payout. 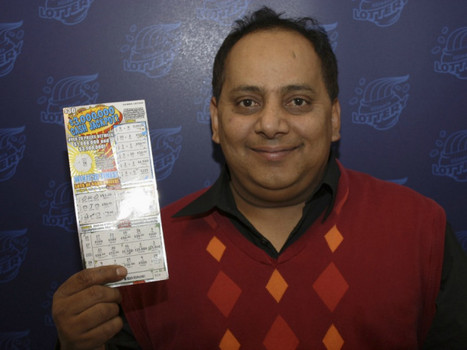 Kahn died at Evanston hospital due to what doctors are calling cyanide poisoning. At first the Cook County medical examiner ruled the cause of death to be natural but a pesky relative insisted they get a second opinion. The family member’s request was granted and it later confirmed cyanide poisoning as the culprit.

Chicago Police say the motive was most likely money sadly demonstrating how the windfall has tured out to be a tragedy for the family he left behind.

Khan is survived by his wife and teenage daughter who vowed to maintain several family owned dry cleaners and rental condominiums.

“He was the best husband on the entire planet.” said Kahn’s wife.