A statue by Italian artist Maurizio Cattelan showing Adolf Hitler praying in Warsaw may only visible through a hole in a wooden gate, but that hasen’t stopped the work from sparking outrage from Jewish advocacy groups calling it “a senseless provocation which insults the memory of the Nazis’ Jewish victims.” 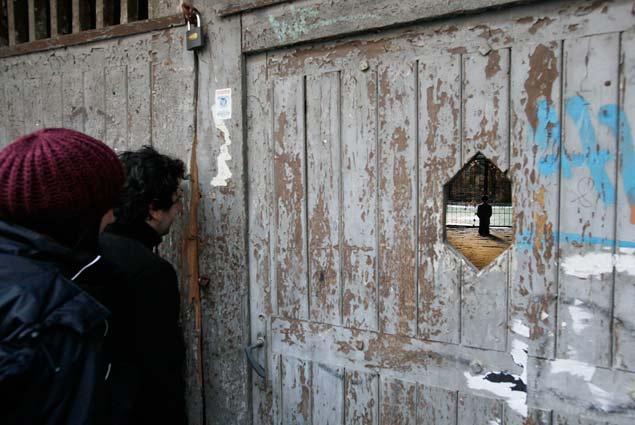 “As far as the Jews were concerned, Hitler’s only ‘prayer’ was that they be wiped off the face of the earth,” the group’s Israel director, Efraim Zuroff, said in a statement.

Fabio Cavallucci, director of the Center for Contemporary Art, which approved the art said, “There is no intention from the side of the artist or the center to insult Jewish memory.” 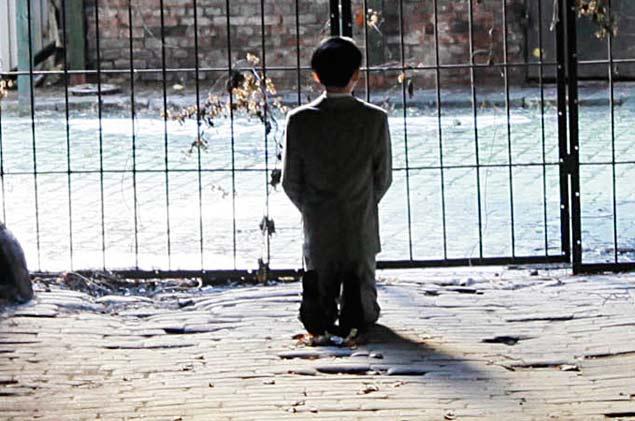 “It’s an artwork that tries to speak about the situation of hidden evil everywhere,” he said.

Warsaw was the ghetto area sealed off by the Nazis after they invaded Poland and forced Jews into deportation to war camps.