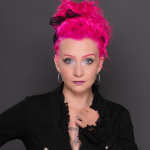 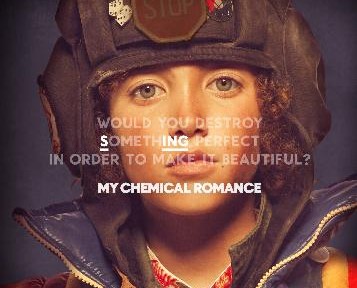 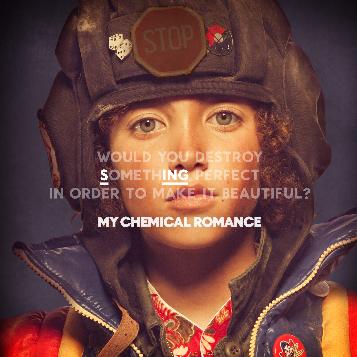 This week, there have been 2 incidents where bodily harm resulted from clashing musical fanbases.  Twitter hashtags sprang up on timelines, trending #SingitforSniper  (‘Sniper’ being a young My Chemical Romance fan who was cyber-bullied by  a Justin Bieber fan to the point where she attempted suicide via overdose; she is now hospitalized and recovering), then mere days later #SingitForShane began its circuit, which was to show support for a young MCR fan who was physically attacked by a group of ‘Beliebers’, which resulted in broken bones and glass embedded in his leg. He is also currently hospitalized.

Years ago, when Ozzy and Judas Priest were under fire for inciting violence and suicide,  society pointed to their lyrics and images to justify the accusations. But even those critics would be hard-pressed to see the correlation between the decidedly harmless young Mr. Bieber and gang beatings. Or between the music of a band whose lyrics include admonishments to “sing it for the boys, sing it for the girls” and self-harm.

It’s not about either artist…or even their respective fan armies.

It’s about mob mentality.  And a burning need to be validated. Now that the everyone has access to a platform, no matter how small, to express their opinion, they do so with great vigor. And they want others to agree.

Now that in itself is fairly innocuous; however, when that need seeks to also inform others’ opinions- or rather FORCE others’ opinions to fall in line with their own…it becomes an ‘US’ against ‘THEM’ situation that the bands themselves never intended. Music is intended to unite, heal, challenge, educate, soothe, and excite. Not divide and destroy.

Which is why the constant online ‘competitions’ that include endless and repetitive fan voting are so dangerous. Log in to Twitter or Facebook any day and see fans voting ’round the clock to ensure that their band wins…what, exactly? A title that will be forgotten tomorrow, and in actuality, only means that THIS band’s fans managed to vote the most- via sleep deprivation, ‘alliances’ with other fanbases, and sheer badgering of others. The ‘fun’ that may have been intended is almost always drained away by one band’s weary victory, and the other bands’ sad and angry defeats. Resentments grow. Tempers flare.

Do not misunderstand- The fan armies themselves, by and large, are a good thing. They bring together people who share a common passion; they support artists in a time when musicians are terribly embattled by their own industry,  and many people develop lasting friendships because of them. The MCRmy and Killjoys, Echelon, LittleMonsters, KatyCats and Beliebers, to name a few, are all devoted, and mostly, great people. However, when the others- those who may be unstable- are put in a position to DEFEND what they have come to believe is their IDENTITY- trouble ensues.

We’ve all mused about the advantages and disadvantages of social networking and the relatively new horror of cyberbullies. But as we’ve seen in the last few years, from the tragedies of Megan Meier, Alexis Pilkington and Phoebe Prince to the recent rash of music-related incidents, the time for musing is over, and responsibility must be assumed. By everyone.

What one might see as a clever online quip to a faceless individual could be a cutting and hurtful remark to the very real recipient. Not to mention that out-and-out-hatred does just as much damage in type as it does in person- perhaps more so.

We can’t blame ‘society’- we ARE society. We can’t blame one group of people- at one time or another, we’ve all been guilty of a careless “tweet” or “comment”. And we CANNOT wait until more people die or are hurt before we change our actions…And our attitudes.

Sing it for the World.