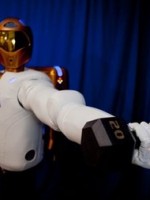 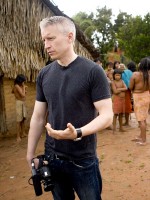 Carmelo Anthony may not be the only one who gets a new address if Lakers brass have anything to say about it.

The Lakers, for the first time this season, entertained the “T” word, as in trade. Rumblings of a shakeup began last month when Lakers great Jerry West attributed the team’s lack of defense on their age. Following that loss, Lakers GM Mitch Kupchak admitted that the Lakers would be entertaining trades. Tuesday, Magic Johnson not only echoed those statements, but suggested that a trade was needed to revitalize the the current NBA champions.

“I think we have to,” Johnson said. “We have to do something. The Lakers are not responding and two things showed me that — the Miami Heat Christmas game and then the Boston Celtics game [on Sunday]. When you don’t get up for your two biggest games during the season and you have flat performances, then you have to start looking at trade possibilities to improve the team and bring some energy to the team and bring some new life to the team.” Johnson made the comments following an announcement of naming rights to a football stadium that the former Laker co-owner is attempting to get approved.

With the trade deadline fast approaching, the Lakers are clearly at an organizational crossroads in a season where opponents both in and out of the conference have made significant upgrades. Lethargic play, weak defense and a humiliating 109-96 defeat to the Boston Celtics highlighted the Lakers deficiencies. Despite a record of 33-17, the team remains 7 and a half games back of the Western Conference leading San Antonio Spurs.

No one on the team is untouchable, save for Kobe Bryant due to his no-trade clause. However, the name to garner the most attention should be center Andrew Bynum. The oft-injured center has been a target of acquisition in the past. Although he has underachieved due to his sometimes questionable play and annual injuries, teams are nonetheless enamored with the 23 year-old’s upside.

A new TSA body scanner is being tested at the Las Vegas airport. TSA said that it is being tested because the current one is raising too many privacy issues. We know that it is an invasion of privacy, but what about our health???

This new trial system does not involve new machines. Instead, it relies on new software…yes, that means it is still the old clunky machine, full of radiation, but the new photo that comes from it will make it seem like it’s all ‘okay’. “The ignorant travelers won’t know the difference!”

The new software now discards the x-ray-style image that revealed the contours of your body- you know, the one that showed your private parts. The new image is said to look like a chalk outline of a body at a crime scene. The new software gives your image coverage like clothes!

The new machine takes your picture/scans you, and the machine automatically says “OK” or it doesn’t, then the security lets you pass through if your image makes the cut. If you don’t pass the scan, you have to do the old fashioned pat down stop after the scan…so if you’re packing heat then you know the consequences.

MEDFORD — A woman stabbed and killed her husband after she discovered a hickey on his neck. The couple began fighting at a party and after some yelling and hitting the wife stabbed her husband in the chest, the fight was said to be over a hickey she found on her husband’s neck.

39-year-old Shawntina Burston was arrested at the scene and appeared in court this morning, charged with murder. Burston plead not guilty.