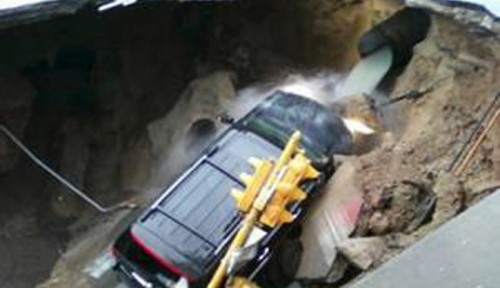 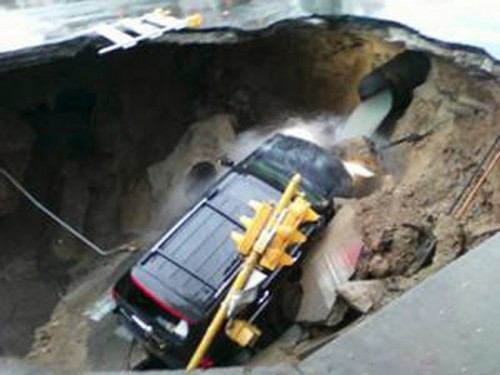 Seems like sinkholes are becoming more and more commonplace and this latest one in Milwaukee swallowed up a sweet Cadillac Escalade.

An eyewitness who actually rescued the man that plunged his pricey SUV 20 feet down in to the hole said, “The Escalade just went wham! Everything went down. The power line went like ‘pow’ and then I think it was sewer water was just pouring into the hole.”

It all started when a traffic light suddenly sank in to the ground until only the red, yellow and green lights were visible above ground, that’s when the Escalade pulled up near the poll and the rest of the ground gave way and the truck went down hard.

The driver, in total disbelief made his way out of the vehicle and was helped to safer ground by the bystander, he was transported to a local hospital and later released.