Yes, they went there.. Nothing says forever like holding your wedding reception at McDonald’s.. Well McDonald’s food does last forever, even when unrefrigerated.. But really, does it make sense to throw a wedding reception, on what is supposed to be the happiest day of your life, at a fast food restaurant? Well, what about if ALL your dates leading up to the happy meal of a marriage went down at that same McDonalds? Then McMaybe? Just McMaybe it’s not that ridiculous after all? Okay, it’s ridiculous. 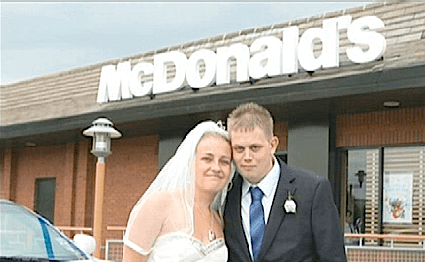 END_OF_DOCUMENT_TOKEN_TO_BE_REPLACED

How you like them apples? No not the apples McDonald’s tried to trick kids with by sticking them in their happy meals.. These apples came in the form of sour grapes from a disgruntled nine-year-old customer who crashed Micky D’s stockholder meeting.. 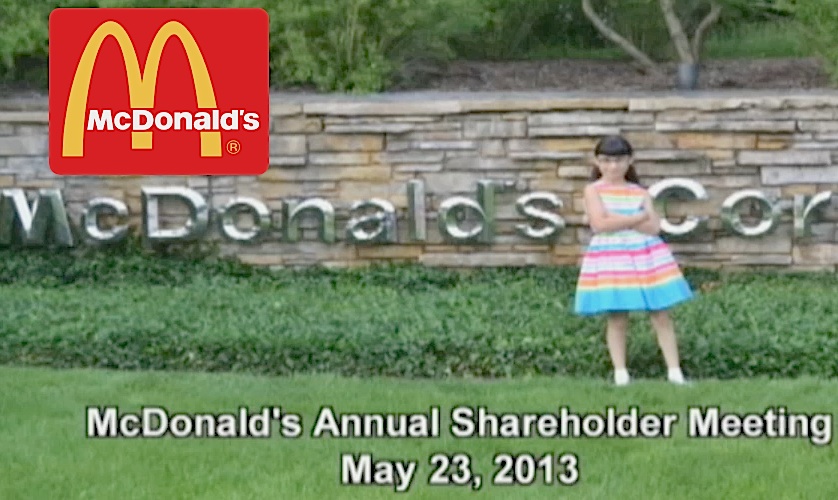 END_OF_DOCUMENT_TOKEN_TO_BE_REPLACED

Let’s just say, I missed that day in school. I missed a lot of days in school, but I’ve somehow managed to get along in life without ever having to step foot behind the McDonald’s counter… Not that there’s anything wrong with that mind you. What there IS something wrong with is – IF I wanted to work at the fast food giant today, the chances are, I wouldn’t even be allowed behind the counter! At least not behind the cash register.. No degree, no job!

Check out this copy of a call-out just posted for a Winchedon, Massachusetts, McDonald’s, says one must have 1-2 years of cashier experience and a college bachelors degree! 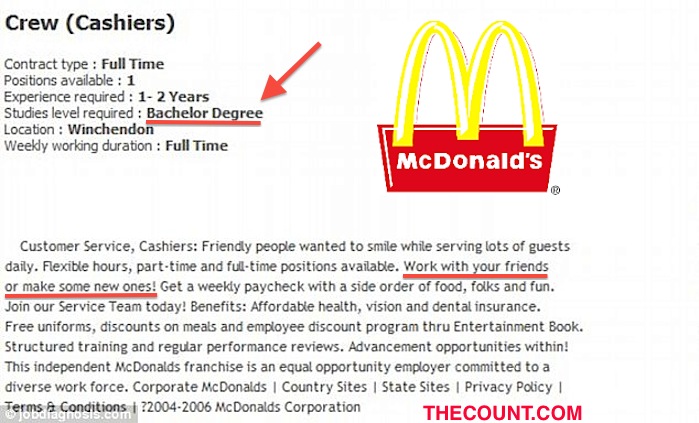 END_OF_DOCUMENT_TOKEN_TO_BE_REPLACED

This is the saddest thing I have even seen and I’m not even the biggest Justin Bieber fan! Aww man! I mean boy!

END_OF_DOCUMENT_TOKEN_TO_BE_REPLACED

Am I the only one surprised that McDonald’s is dropping its fruit and walnut salad as well as premium chicken and “maybe” the Angus beef products? Seems the hamburger chain is going back to their roots of greasy burgers and oil soaked fries… 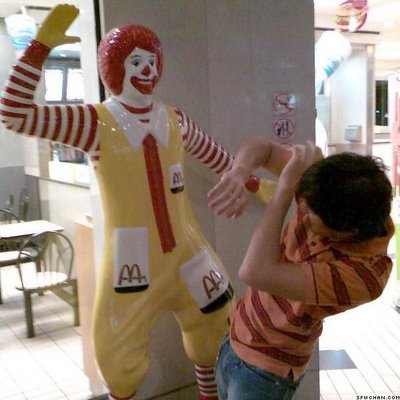 “As always, we are constantly evolving our menu and listening to our customers to meet their changing needs,” McDonald’s spokeswoman Danya Proud said in a statement. The world’s biggest hamburger chain for years held a huge lead against most competitors, but some of those chains now are luring away diners with fast-changing menus featuring tempting new food. 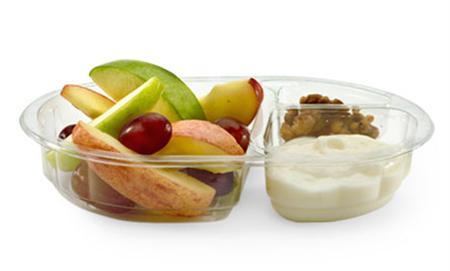 Burger King and Wendy’s recently mimicked McDonald’s by adding coffee drinks, smoothies and salads. Then, they used their smaller size to their advantage by introducing a barrage of limited-time and seasonal menus. Source.

Well that takes a few healthy things off the menu, so what will McDonald’s replace them with? Fried Twinkie’s?

In the 80s when the neighborhood hamburger stand ruled, Wendy’s released this training video entitled, “Grill Skills.” It is a rap video aimed at teaching fledgling employees the rights and wrongs of making the perfect, square burger. 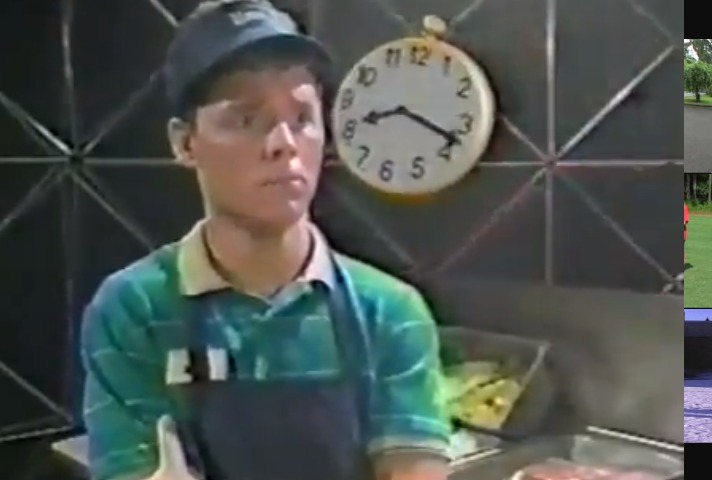 END_OF_DOCUMENT_TOKEN_TO_BE_REPLACED

I find this unsettling and downright McScary! McDonald’s testing a new DNA spray which is basically a non-toxic toxic solution with DNA code built-in that is sprayed on fleeing thieves.

A McDonald’s in Sydney, Australia has hired SelectaDNA, a security firm who’s specialty is a DNA catcher spray meant to douse robbers as they flee the scene of the McCrime.

“A spokesperson for McDonald’s said the company will increase the use of ‘SelectaDNA‘ in stores all over the Austrailia before moving the project to the U.S.

”The move comes as police ramp up their patrols of local McDonald’s restaurants after a spate of robberies across Sydney during the Christmas and New Year period.” reported The Sydney Morning Herald.

The company hopes the newly installed systems will deter robbers from stealing from the Golden Arches.

Apparently Mitt Romney is either a very hungry person or he simply didn’t trust whatever they were going to feed him at the White House because as this picture shows, Romney dined at McDonald’s shortly before meeting the president for lunch!

We don’t know exactly what Romney ordered, but we know one of the item was a McFlurry milkshake. I think it’s safe to say Mitt didn’t have to order off the dollar menu. 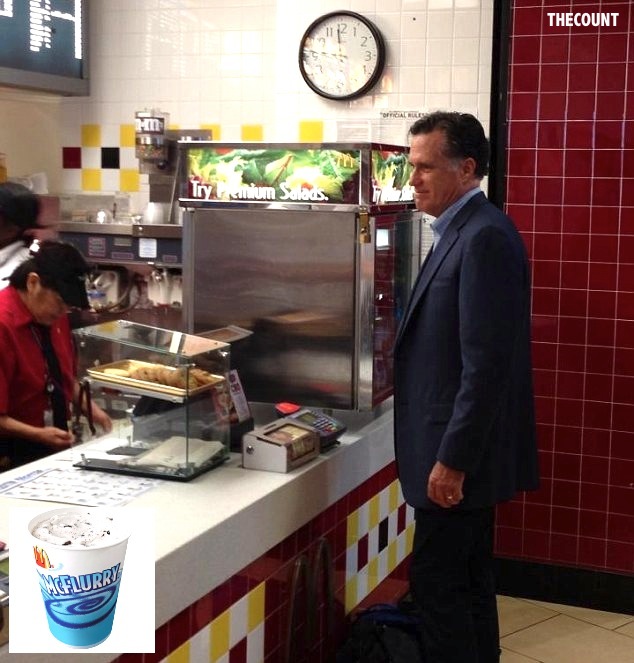 FRESNO, CALIF. Fresno cops have confirmed that a number of people are dead and others are shot and recovering following a workplace rampage at a Apple Valley Farms, a food processing plant in Central Fresno.

Officers are on the scene. 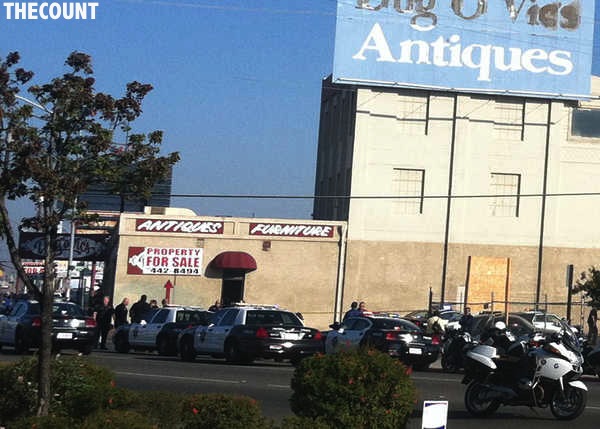 Streets in the area are closed off.

8:50 a.m. Fresno police are on the scene of a workplace shooting in central Fresno.

At least three people have been shot at the Apple Valley Farms plant on Hedges Avenue. The plant is in an industrial area near the Burlington Northern Santa Fe railroad tracks, just north of Olive Avenue and just east of Blackstone Avenue. 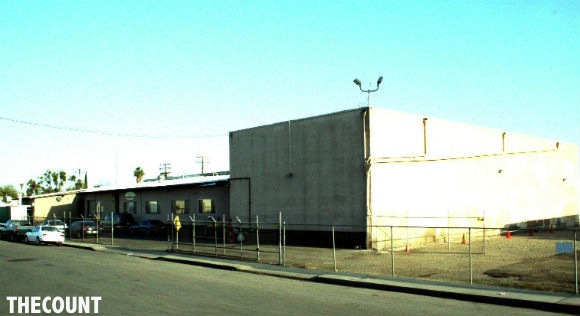 Initial reports are that the gunman killed himself nearby.

No other information is immediately available. Check here later for more on this developing story.

Witness account: Roger Medina said he had just walked into a nearby McDonald’s when a man dressed in a meat cutter vest walked in. Medina thought it odd because Halloween is over.

“He said, ‘There’s a guy shooting people over there,’ ” Medina said.

Medina said he later saw the apparent gunman lying on Hedges Avenue, and a police officer told him the man was dead.

Witness account: Jesus Davila said he was at a bus stop on Olive Avenue when someone from a nearby meat factory ran up and said a gunman was shooting people inside.

Then Davila heard a loud gunshot.

“I thought I had been shot,” Davila said.

Then he saw the apparent gunman.

Davila said the meat factory worker told him that the gunman had just got out of jail.

“He said the guy was in nine years and he was crazy,” Davila said.

This is no ordinary BBQ sauce, it is McJordan BBQ sauce which was used on a special edition McDonald’s Quarter-Pounder way back in 1992… An ex McDonald’s employees kept the Michael Jordan themed condiment for over 12 years, finally parting with the jug of brown gold, auctioning if off on eBay for a cool $9,995.00. 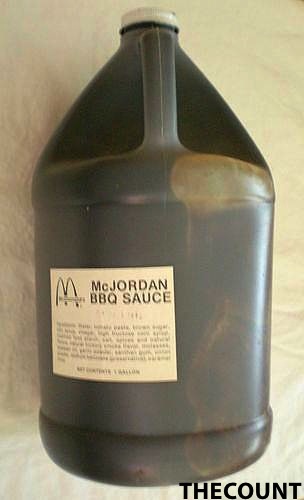