HOUSTON, TX. (THECOUNT) — On the heels of clothing store chain Forever 21 announcing bankruptcy, we are learning the Houston Galleria location reportedly owes more than $145,000 in back rent, according to a notice posted on the store’s door.

A nationwide sweep of store closures were announced on Monday after the privately owned company filed for bankruptcy Monday. 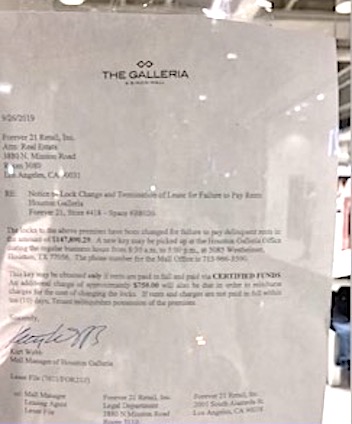 In a picture taken by an ABC13 viewer, the notice says the locks to the Galleria store have been changed for “failure to pay delinquent rents” in the amount of $147,890.29.

“If rents and charges are not paid in full within ten (10) days, Tenant relinquishes possession of the premises,” read the notice, which was signed by the Galleria mall manager and dated Thursday, Sept. 26. 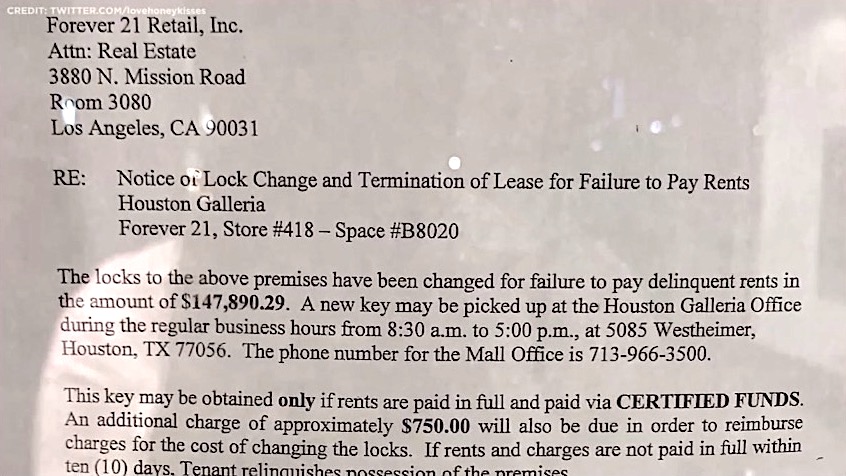 Forever 21 filed for Chapter 11 bankruptcy protection. The privately held company, based in Los Angeles, says it will close up to 178 stores. The company once had more than 800 stores in 57 countries.

The company posted a letter to customers about the bankruptcy on its website. It says anyone with questions about the warranties, products or rewards can contact the Customer Service Department at 1-888-494-3837. 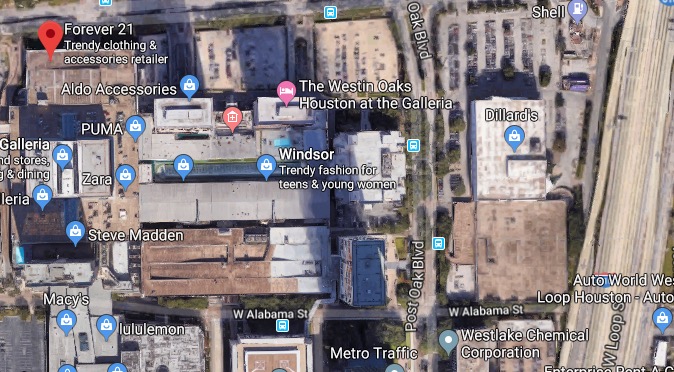