Well Now That Sucked.. WA Woman Poses With Venomous Octopus On Face Bitten ‘I Made A Big Mistake’

PIERCE COUNTY, WA. (THECOUNT) — Washington woman, Jamie Bisceglia, said she was just “having fun” when she placed a juvenal giant Pacific octopus on her face as she posed for a photo on Friday.

What Bisceglia didn’t know is, the venomous octopus would latch on to her face biting her several times with the same powerful beak it uses to break and eat crabs and clams. 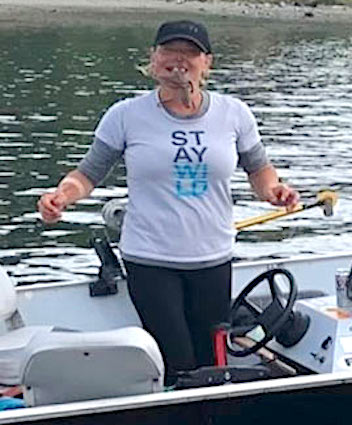 Bisceglia said she intended to use the photo to enter a contest during a fishing derby near Tacoma, so she met up Friday to take a picture with some fishermen who had hooked an octopus.

“So, crazy me. Hindsight now and looking back, I probably made a big mistake,” Bisceglia later said. 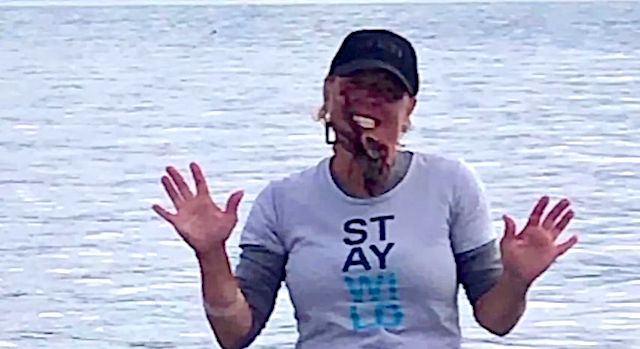 Bisceglia put the small octopus, believed to be either a juvenile version of a giant Pacific octopus or a Pacific red octopus, on her face and posed.

At first, the animal grabbed her with its suckers. Then, it did something she didn’t expect: the octopus bit her face.

“It had barreled its beak into my chin and then let go a little bit and did it again,” the victim said. “It was a really intense pain when it went inside, and it just bled, dripping blood for a long time.” 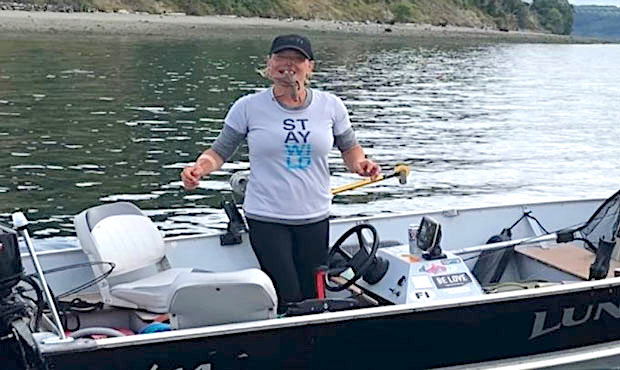 Both types of octopi the creature could have been have a powerful beak to break and eat crabs, clams and mussels. Their bites also contain venom to immobilize prey.

Bisceglia says the venom left her in incredible pain, but she kept fishing for two more days before she finally went to the emergency room, reports WBTV.

“And I’m still in pain,” Bisceglia said. “I’m on three different antibiotics. This can come and go, the swelling, for months, they say.”

The victim says the whole experience taught her a valuable lesson about handling a live octopus.

Geo quick facts: Pierce County is a county in the U.S. state of Washington. As of the 2010 Census, the population was 795,225, making it the second-most populous county in Washington behind King County, and the 63rd-most populous in the United States. The county seat and largest city is Tacoma – Wikipedia.