Has Edward Snowden Been MURDERED? Mysterious Code May Have Been KILL SWITCH 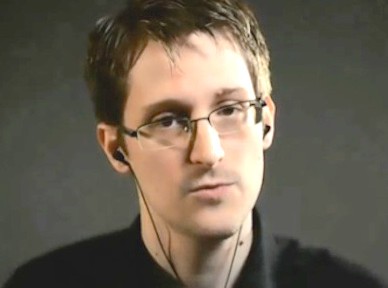 A few days ago we told you, whistleblower, Edward Snowden had tweeted out a mysterious series of letters and numbers. And now some speculate the “cryptic code” was actually a “dead man’s switch,” intended to catalyze some action or instruction on behalf of Snowden should he be killed or captured.

Since the above mentioned tweet and another tweet that simply read “it’s time,” Snowden’s account has gone silent prompting more speculation the former NSA employee may have met his demise. The whistleblower has acknowledged that he has distributed encrypted files to journalists and associates that have not yet been released so in Snowden’s case, the dead man’s switch could be an encryption key for those files … It has been reported that additional government data was distributed in encrypted files to trusted journalists who were told to not release the information unless they received a signal urging them to – information that the whistleblower determined was too sensitive for release at the time.

Snowden’s Twitter account has remained silent for more than 24 hours since the message was sent and it — along with the “It’s Time” messages — have been deleted. Has someone tried to or succeeded in killing Edward Snowden? Is he acting intentionally to release something that will have a significant impact on providing additional opacity into the workings of a sinister government intelligence apparatus? Let us know what you think is happening on our Facebook page or in the comments below. h/t thelibertarianrepublic