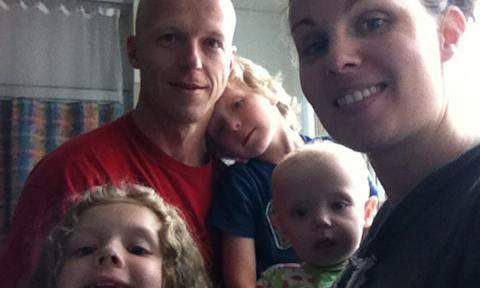 Mark and Megan Short and their three young children, Liana, Mark, and Willow are all dead and police are calling the tragedy a murder suicide.

The five family members were located inside their residence in Sinking Spring, Pennsylvania in a small-town subdivision around 3 p.m. on a Saturday. The evening of the murders, they were not yet sharing what the motive was and who the killer was but they said all victims were from the same family and the District Attorney identified them as the Shorts. Willow Short, just 2, had a heart transplant at when she was an infant. In many blog posts, her mother chronicled the emotional pain and PTSD she suffered having a child with a heart transplant. Megan Short wrote that the family found out about Willow’s heart defects during a routine ultrasound right before Christmas. “That was an especially difficult holiday season for me as I could not help but think that I may never get to celebrate my baby’s first Christmas. Spending this past Christmas at home with my husband and all three kids was one of the best days of my life. It was also very emotional because I just kept thinking that the donor family was experiencing the one thing I had been so afraid of: they were spending the holidays without their baby.” The family lived in a home worth more than $400,000 in a town of just over 4,000 people in Pennsylvania. Mark Short’s Facebook page is filled with photos of his family, including his wife, whom he called the most beautiful girl he’d ever seen. He often posted photos of his children on Facebook, as did his wife. Neighbors told The Reading Eagle newspaper that they would have never suspected anything was wrong. The family died of gunshot wounds. h/t heavy The DA has said a murder suicide note was found next to one of the parents, along with a gun. A friend of Short’s, Caylyn Otto, says that Megan and Mark were having marital problems because Megan had feelings for another woman, which upset Mark.