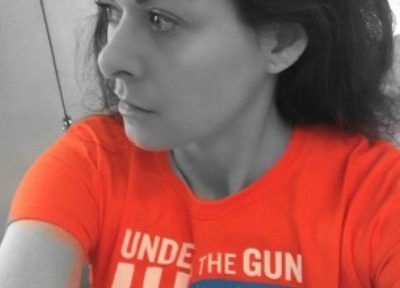 Actress Debra Messing was slammed on social media after she posted a selfie calling for gun control minutes after a professor and a student were killed in a murder-suicide on the UCLA campus.

The now-deleted tweet, which depicted Messing in a gun control t-shirt, outraged some on social media who questioned the timing of the post. Later, Messing tried to clean up her mess:

Debra Messing ✔ ‎@DebraMessing
Today we were asked to have our Voices heard. The horrendous Irony is the timing of yet another shooting. This has NOTHING to do with me.
11:01 AM – 1 Jun 2016

Messing claims she was participating in a pre-planned campaign aimed at raising awareness of gun violence and was apparently talking a selfie for the campaign when she heard the breaking news.