TSA Refuses To Board Woman After Discovering Pistol Pumps 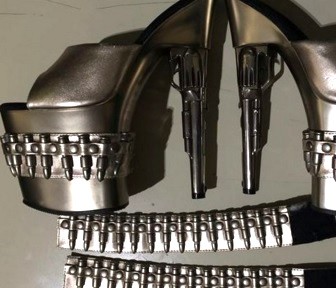 “We do not allow replicas of weapons or ammunition beyond the checkpoints,” the TSA said, “but we regret to inform you that you cannot bring them in checked baggage.” The passenger returned to the counter of the airline to record its accessories, but it was too late, the flight had closed, so we had no choice but to return to the inspection point where they left shoes and bracelets with TSA agents to reach board your flight. h/t t33.entravision After the incident, the shoe maker, Pleaser Shoes, issued a warning to its customers, “Make smart decisions about your luggage, do not want you to lose your flight or lose your shoes.”